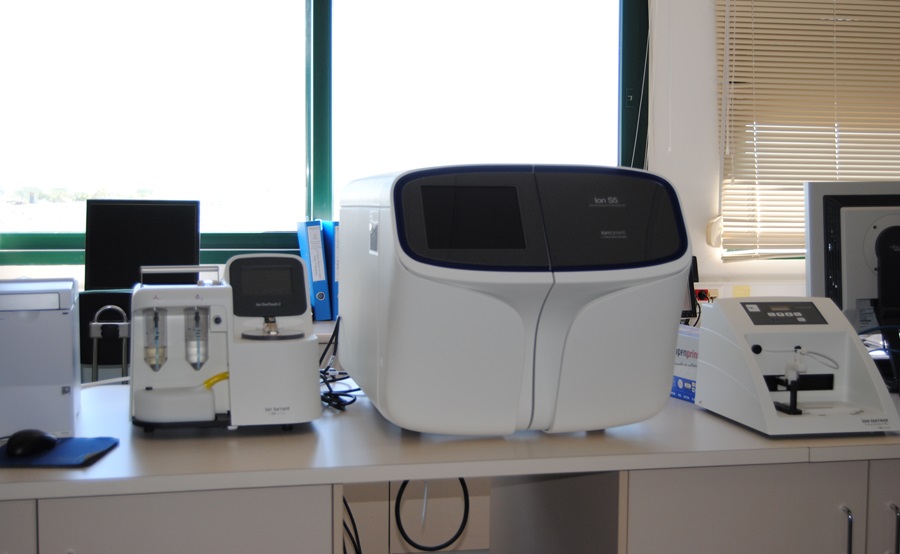 Quirónsalud Torrevieja Hospital sets up a new generation sequencer continuing in line with work on personalised treatments for the fight against cancer.  `Next Generation Sequencing´, allows us to know the behaviour of the tumour from DNA and RNA in patients who are resistant to conventional chemotherapy. “We will be able to observer if there are genetic alterations of the DNA in all tumours. At present, 20% of the patients tested have a mutated DNA and treatable according to that mutation. As new drugs are introduced for different mutations, these figures shall grow,” says Dr. Antonio Brugarolas, Director of Oncology Platform at Quirónsalud Torrevieja Hospital, he also explains their aim is not only to detect mutations that are treatable for providing appropriate treatment, but also to know how the cell reacts to these mutations. We can see how the cell adapts and predict the most appropriate chemotherapy treatment for each tumour.”

The new technique is performed just though a biopsy for the patient, and results are obtained within two weeks. It also enables us to choose treatments based on costs, effects, administration method and patient preferences. There are more expensive and more cheaper drugs, there are oral or intravenous treatments, some induce hair fall and others do not. That is to say, you can customise the selection of drugs, from those which are sensitive, discarding those which are less effective. Dr. Brugarolas, says that this technique has to develop further, as there are still difficulties, as sometimes the tumour cannot be accessed directly without surgery, in others because the selected cells are dead. About 600 genes are analysed with a single test and we can predict which are the best drugs to fight this type of cancer. The prediction based on the study of the genes, provides better response rate than the one obtained with the conventional use of chemotherapy. The doctor also exclaims that “through RNA analysis, a patient’s response to chemotherapy treatment can be predicted by 70%.”

The Oncology Platform of Quirónsalud Torrevieja Hospital is comprised of a multidisciplinary team of over 30 top-level specialists and cutting-edge technological equipment such as PET-CT, intraoperative radiation therapy (Mobetron), Personalised Drug Therapy, Genetic Counselling or the White Room to administer vaccines against cancer, which has transformed it into an international benchmark for the diagnosis and treatment of cancer, and attracts patients from Spain and Europe.

Among other techniques, the so-called HIPEC, comprises the administration of chemotherapy into the abdomen with hyperthermia during surgery. This technique is being carried out for more than 15 years by the Oncology Platform at the Quirónsalud Torrevieja Hospital, and it has recently been adopted by most of the major hospitals in Spain. After many years of studies and advances, it has been shown to be effective in 30% patients suffering from peritoneal carcinomatosis. It is currently accepted by the scientific community as the best alternative to incurable peritoneal metastases of ovarian cancer or colon cancer.

Quirónsalud is the largest hospital group in Spain and the third largest in Europe. The group has more than 35,000 employees in 120 plus healthcare facilities, including 45 hospitals with 6,800 hospital beds. It employs the most advanced technology and a large team of highly specialised and internationally renowned professionals. Some of its facilities include Teknon Medical Centre, Ruber International, Quirónsalud Madrid University Hospital, Jiménez Díaz Foundation, Quirónsalud Barcelona Hospital, Dexeus University Hospital, Gipuzkoa Policlinic, etc.

The Group strives for the promotion of teaching (eight of its hospitals are university hospitals) and medical and scientific research (it has a Healthcare Research Institute under FJD, the only private research centre accredited by the State Secretariat for Research, Development and Innovation).

Likewise, its care service is organised in transversal units and networks that allow to optimise the experience gained at various facilities and translating its research into clinical practice. Currently, Quirónsalud is developing more than 1,600 research projects across Spain and many of its facilities play a leading role in this area, and are pioneers in different specialities such as oncology, cardiology, endocrinology, gynaecology, and neurology, among others.