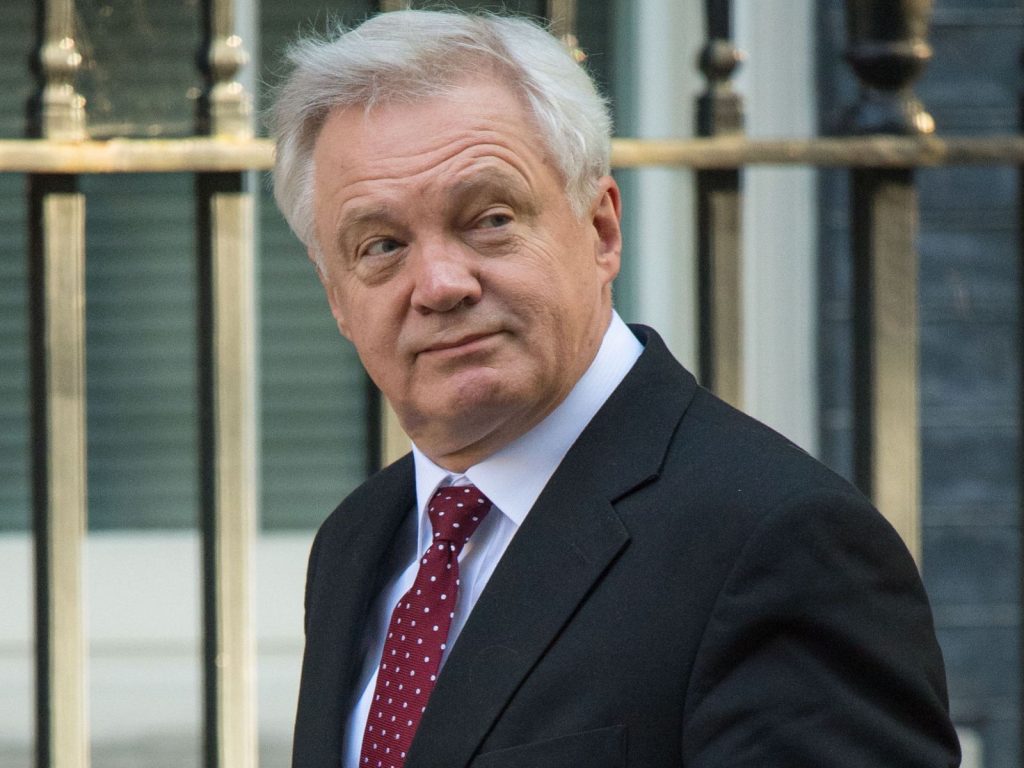 The First Minister of Wales has warned of a constitutional crisis that would threaten the “fabric of the UK” if the Government refuses to respond to concerns of the Welsh and Scottish administrations and change its EU Withdrawal Bill.

Carwyn Jones told Sky News the will of Welsh voters as expressed in devolution referendums in 1997 and 2011 were “as valid” as last year’s Brexit referendum, and urged the Government not to “hijack” powers from Brussels that, he says, should go to the devolved governments.

It comes as Brexit Secretary David Davis faces calls from those within his own party in Scotland and Wales to rethink the devolution aspects of the Bill.

Clause 11 of the Withdrawal Bill would see powers currently held by the EU related to devolved policy areas – such as agriculture, environment and fisheries – returned initially to Westminster rather than Cardiff, Holyrood and Stormont.

The Government says this is necessary to ensure regulatory consistency in the UK’s internal market, but has insisted that ultimately devolved administrations will end with more powers after Brexit.

Although talks between UK ministers and their counterparts from Wales, Scotland and Northern Ireland have resulted in agreement on the principles for a coordinated approach to preserve the internal market, the first ministers of Scotland and Wales have remained united in their opposition to the Government’s legislation.

“What the Bill says is that powers that would come from Brussels to Wales will be hijacked and taken straight to Whitehall for an indefinite period. Now we clearly can’t support that,” Mr Jones told Sky News.

While a rejection of the Bill by the devolved powers would not be legally binding on the UK Government, the First Minster warned there would be serious implications if those positions were ignored.

“If we withhold consent and they override that consent, that creates a crisis in terms of the fabric of the UK,” the politician said.

“We’ve had two referendums here in Wales, where the Welsh people have decided they want to have an Assembly, and that we should have substantial powers and law-making powers. Those referendums are as valid as the Brexit referendum.

“If you were to say to people on the street, did you vote for powers to disappear to Westminster rather than come to Wales, I suspect most people would say we want them to come to Wales.”

The leader of the Welsh Conservatives, Andrew RT Davies, described the First Minister’s position as “farcical”, but acknowledged some tweaks might still be needed to the EU Withdrawal Bill.

“There is a concern, a debate to be had, about how long these powers will be held in Westminster, but to take the position that (Scottish First Minister) Nicola Sturgeon and Carwyn Jones have taken, which is outright opposition, really is a farcical position to take,” said Mr Davies.

“When you think of all these powers at the moment, they’re held in Brussels anyway, they’re managed by a bureaucracy that isn’t elected by anyone. And ultimately they will be returning to a sovereign parliament in Westminster who want to pass these powers on to the devolved governments and parliaments of the United Kingdom”, he added.

However, one of the new crop of Scottish Tory MPs has told Sky News concerns over the devolution impact are “not unfounded”.

While they are unlikely to rebel at this stage, it is a sign the Government could yet face pressure to change the Bill from its own ranks north of the border, potentially with a compromise that would place a so-called ‘sunset clause’ on how long Westminster would retain EU powers related to devolved areas.

The next stage of the Withdrawal Bill’s progress through Parliament has been delayed while the Government considers how best to respond to the hundreds of proposed amendments tabled by MPs on a range of issues, including the impact on devolution.

Mr Gethins, who has tabled several amendments to the EU Withdrawal Bill that reflect the positions of the Welsh and Scottish governments, said it was time the Government scrapped the legislation in its current form and took a cross-party approach.

“This is a mess, plain and simple. It’s a legal mess, a constitutional mess, and a political mess, and it impacts on all of us. What I’d like to see the Government do is go back to the drawing board, this is too big for one party. Consult with the other administrations, consult with the other political parties, it’s too big for one party,” he told Sky News.

In an appearance in front of the Scottish Affairs select committee this week, Scotland Secretary David Mundell confirmed the Government would hold an “amendments forum” in the coming weeks, with representatives from the devolved administrations, to consider proposals for changes to the Bill.

“We’ve been quite clear that we would look at all amendments seriously, in good faith, and that they were brought forward not to wreck the bill but brought forward to make the bill better, more in line with achieving its objectives, and that’s what we’re doing,” he said.