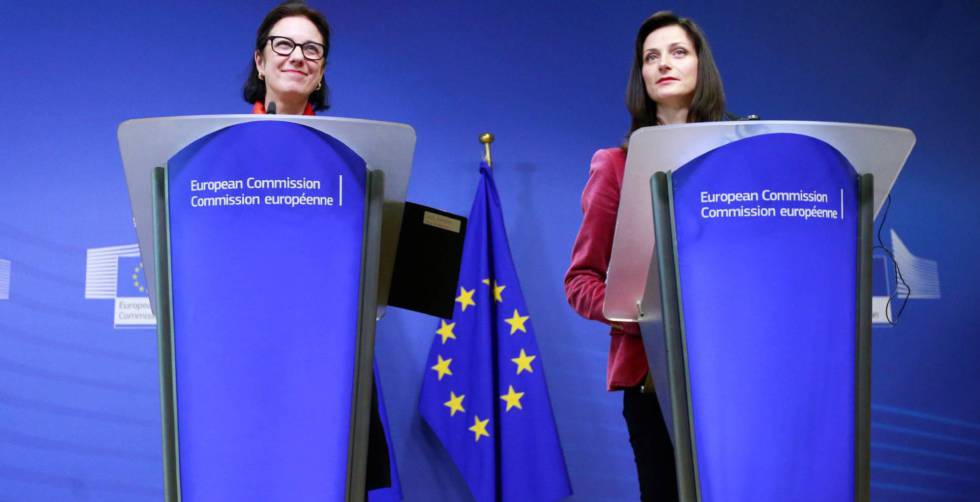 After EU Commission refuses to propose legislation, a group of MEPs seeks help from national governments.

The European Commission’s refusal to propose legislation against fake news and interference, mostly from Russia, has led a group of eurodeputies (MEPs) from several countries, including Spain, to urge their own governments to find an alternative way to stop populist, xenophobic and separatist groups from growing within the European Parliament, which is holding elections next year.

These campaigners have found the solution in Articles 74 and 76 of the Lisbon Treaty: a quarter of the member states may legislate invoking the need to ensure administrative cooperation. On the basis of this, a group of MEP’s, mostly from the majority Christian Democrat bloc, have asked their respective governments to introduce legislation that will create logistical and technical hurdles for propaganda agents who pose as conventional news outlets. Russia’s RT and Sputnik are two cases in point.

Our goal must be to preserve freedom of expression, while demanding greater cooperation and accountability from digital platforms

“Our goal must be to preserve freedom of expression, while demanding greater cooperation and accountability from digital platforms, forcing Russian media outlets to identify themselves for what they are – external agitators – and encouraging media literacy to make citizens more resilient to offensives that seek to manipulate them. We need a true shield against lies and disinformation.”

Valcárcel, who has been banned from entering Russia because of his support for democracy in Ukraine, said that Russian President Vladimir Putin “gives every country exactly what it needs to fail: fear of immigrants, rejection of those who are different, separatist fuel, anti-establishment movements, and even a catalogue of authoritarian policies that hark back to the worst periods of the past.”

“Russia has no qualms about supporting the far right and the far left within the same country, as it is doing in Greece,” he added. “Or about stoking the fire of radical leftist populism, or of stale nationalism, as we are witnessing in Spain. Because Russia’s goal is for us to self-destruct from within, without having to mobilize its own army or worry too much about maintaining geopolitical balances.”

Asked about the possibility of Spain joining other countries affected by Russian disinformation – such as France, Germany or the Baltic states – in a united front against fake news, sources from the Spanish Cabinet said that “the government does not rule out legislating, while considering the need for support from the opposition.”

The Spanish government is currently working on self-regulation, early warning systems and the fight against fake news through a digital constitution project that is being drafted by the State Secretary for the Information Society and Digital Agenda, José María Lassalle.

Last year, the European Commission consulted 39 experts who drew up a non-binding report. This document, which was made public last month, said that disinformation “can pose a threat to democratic political processes.” But the authors only recommended educational programs and incentives for the media.

A member of the team who worked with the official in charge of the project, Digital Agenda Commissioner Mariya Gabriel, told EL PAÍS that this refusal to propose legislation is due to fears of interfering with freedom of expression. “We don’t want to be viewed as the Ministry of Truth,” said this source.

Yet concern in Europe is at a high. Following the Brexit vote, Britain will leave the European Parliament in a year. Meanwhile, the far-right party Alternative for Germany has secured 94 seats in the Bundestag following the 2017 federal elections, and it took Chancellor Angela Merkel nearly 140 days to negotiate a governing coalition. In France, the Front National was the second most-voted party at the presidential elections of April 2017. Meanwhile, Italy is in deadlock, caught between the opposing forces of the far left and the far right. And Spain is experiencing the worst constitutional crisis in its 40 years of democracy due to the Catalan secessionist bid. Russian disinformation has played a key role in all of these situations.

In the meantime, RT and Sputnik have been publishing fake news within the EU, alleging that French President Emmanuel Macron is preparing anti-family laws, that the nerve agent used on the spy Sergéi Skripal really came from Britain, Sweden, Czech Republic or the Baltic states, and that Ukraine is training terrorists to attack Europe and the Middle East.

All of these cases were flagged up by the EU’s strategic communications services, which works on an annual budget of €1 million. By comparison, the Russian government spends over €300 million a year on RT alone.