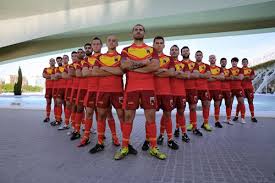 Rugby Europe on Tuesday banned five Spanish players, one for 43 weeks, for accosting the referee at the end of a World Cup qualifying loss to Belgium.

Spain would have qualified directly for next year’s World Cup in Japan at the expense of Romania with victory in Brussels on March 18th.

Octavian Morariu, the president of Rugby Europe, which organises qualification for countries outside the Six Nations, is also Romanian.

Spain have asked for a replay.

On Tuesday, a Rugby Europe judicial committee, led by Glasgow University professor Lorne Crerar, considered the cases of five Spanish players “cited  for the overflow” at the end of the match.

It handed the most severe punishments to two French-born brothers who play scrum-half and were both found guilty of physical and verbal abuse of the  referee.

Sebastien Rouet, who started on the bench, was banned for 43 weeks, his brother Guillaume, who started the game, received 36 weeks.

The two flankers, Pierre Barthere and Lucas Guillaume, and fly-half Mathieu Belie were found guilty of “threatening actions/words at a match official” and  each banned for 14 weeks.

The punishments apply to all levels of rugby and start at once.

That means the players will be absent for Spain’s play-off against first Portugal and, if they win, home and away against Samoa on June 9th and 23rd.

The committee postponed a decision on whether to punish the Spanish Rugby Union.