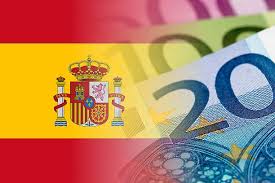 Madrid (Xinhua) — Spanish Minister of Economy, Industry and Competitiveness Roman Escolano said on Tuesday that the Spanish economy gained “momentum”, after the International Monetary Fund (IMF) revised up its economic predictions for the country.

The minister noted through its social media that “the external surplus and low inflation” had a positive impact on sustainable growth for the coming years.

The IMF raised its 2018 growth forecast for the Spanish economy from the previous 2.4 percent of GDP expansion to current 2.8 percent.

In the report World Economic Perspective presented in Washington, the IMF said that the Spanish economy would grow by 2.2 percent in 2019, which is 0.1 percentage point higher than the previously predicted by the international institution.

According to this data, the growth of the Spanish economy would exceed the average of 2.4 percent and 2 percent predicted for the Eurozone for 2018 and 2019 respectively.