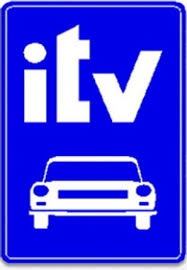 One in every three vehicles in the Alicante Province is on the road illegally it is claimed… because they don’t have a valid ITV (Spanish MOT) certificate.

The highest numbers of the estimated 30 per cent on the roads are vans, motorbikes and mopeds as well as a number of cars that are known to stay on minor roads to avoid detection.

The Spanish ‘trafico’ department have begun to develop a number of ways to flush out the offenders by using cameras to recognise vehicles without the appropriate ITV sticker that must be prominently displayed at all times.

As well as not having an up-to-date ITV certificate, many of these vehicles are also uninsured and thus an accident with a vehicle not covered can lead to a number of consequences for both parties.

The number of vehicles believed to be without an ITV is based on the number registered in the Alicante area when compared to the amount of inspections carried out.  An average total of 218,000 should be subjected to the ITV test… in reality only 150,000 attend.

Data from the Provincial Traffic Department shows 1.3 million vehicles registered in Alicante made up of 978,000 cars, 179,000 vans and trucks, 144,000 motorbikes, with the rest made up by buses, coaches, tractors and trailers.

With tighter emissions rules coming into forces from June this year, it’s estimated that 72,000 diesel cars risk leaving the road because of them…assuming they go to the test centre in the first place.

The current ITV failure rate for vehicles in the Alicante Province is 17 per cent and rising.