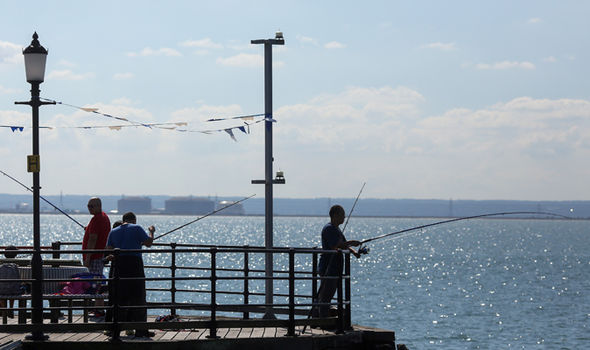 Foreign firms will be able to continue fishing in UK waters despite fishermen protests and Government promises according to a leaked paper, which a leading campaigner has described as “an absolute betrayal and a sell-out”.

The Fisheries White Paper has revealed that the existing quota regime will not be significantly reformed after the UK’s departure from the EU.

The leaked paper has shown that that British fishermen will not be able to boost their businesses after Brexit as they will not have the rights to a larger quota.

Speaking to Express.co.uk co-founder of Fishing For Leave, Alan Hastings, said: “It depends whether it will be member states still fishing in UK waters or flagships.

“We want neither, both should be gone.

“But, member EU states still fishing in UK waters would be an absolute betrayal and a sellout of an opportunity.”

Mr Hastings explained that flagships are subsidiaries of EU companies and if they were still allowed, it would be “weak” of the UK and show the government’s regulations “need to be tighter”.

British fishermen were angry as David Davis announced the transitional period last month, which keeps the UK in the Common Fisheries Policy until the end of 2020.

Prime minister Theresa May told MPs last month that “from my point of view, what I want to ensure is that we do take back control of our waters”.

She has also said that fishing should not become a “bargaining chip” in a final Brexit deal.

Earlier this month, fishermen in the coastal town of Whitstable in Kent burned a boat to protest against the “treason” of the Brexit transition deal.

British fishermen have long complained about the unfairness of the EU’s Common Fisheries Policy (CFP) which many blame for decimating the national industry.

A spokesman for the Department of Environment, Food and Rural Affairs said: “The under-10m fleet plays an important part in our fishing industry and our coastal communities. Leaving the EU gives us the opportunity to design a new domestic fishing policy – one which is in the best interests of all sections of the fishing fleet and which allows our industry to thrive.’