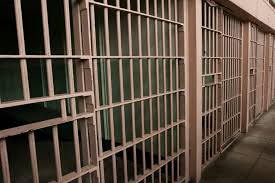 A British man has been sentenced to 13 years in Spanish prison for stabbing to death an army medic in a bar. The owner was also jailed for trying to cover up crime

A British man is facing a 13-year jail sentence after being convicted of stabbing a former army medic to death at a Spanish bar.

Benjamin Da Costa, 30, was found guilty of killing dad-of-one Scott Waring following a four-day trial at a court in Elche near Alicante on the Costa Blanca.

Simon Williams, owner of The Hub bar in the resort of Orihuela Costa, was also found guilty of trying to cover up the crime by a nine-strong jury.

The 42-year-old expat, who lives in Torrevieja near the scene of the January 16 2016 killing, is expected to find out in the next few days if he will escape with a suspended prison sentence.

Former army medic Scott, 40, who did four tours of northern Ireland, died within minutes of being attacked after a row with Da Costa.

State prosecutors said in an indictment released ahead of the trial he bled to death after the attack with a ‘glass or pint jug’ damaged his jugular vein and carotid artery.

Williams was accused in the indictment of clearing up the broken glass and telling police called to the scene that the incident had happened outside his bar ‘to help da Costa and hinder the investigation.’

The victim, who was working as a local chef, had a three-year-old daughter called Anais at the time of the killing.

Scott’s mum Susan revealed before the start of the trial on Monday that her son spent nine years in the army as a medic and had completed four tours of Northern Ireland.

She described him as a ‘troubled soul’ in an interview with a local paper and claimed he was disturbed by what he had seen in the army and had needed counselling to help him readjust to civilian life.

But insisting he was an ‘extremely kind person and never aggressive’, she added: ‘He idolised her daughter and couldn’t do enough for her.

‘I think he was simply in the wrong place at the wrong time.’

Prosecutors said they were sticking to their initial 13-year jail demand for Da Costa after the jury returned its guilty verdict against him for a crime of homicide.

A judge will sentence Da Costa and Williams in the next few days. Williams is likely to have his prison sentence suspended if he is sentenced to two years or less.

If he receives the two year two month prison sentence state prosecutors are looking for, he will almost certainly do jail time.

The crime of homicide Da Costa was sentenced to under Spanish law would have been murder under English law.

Under Spanish law homicide is a wilful killing but there is a more serious charge of ‘asesinato’ in Spain where aggravating factors like deliberately increasing the victim’s suffering exist.