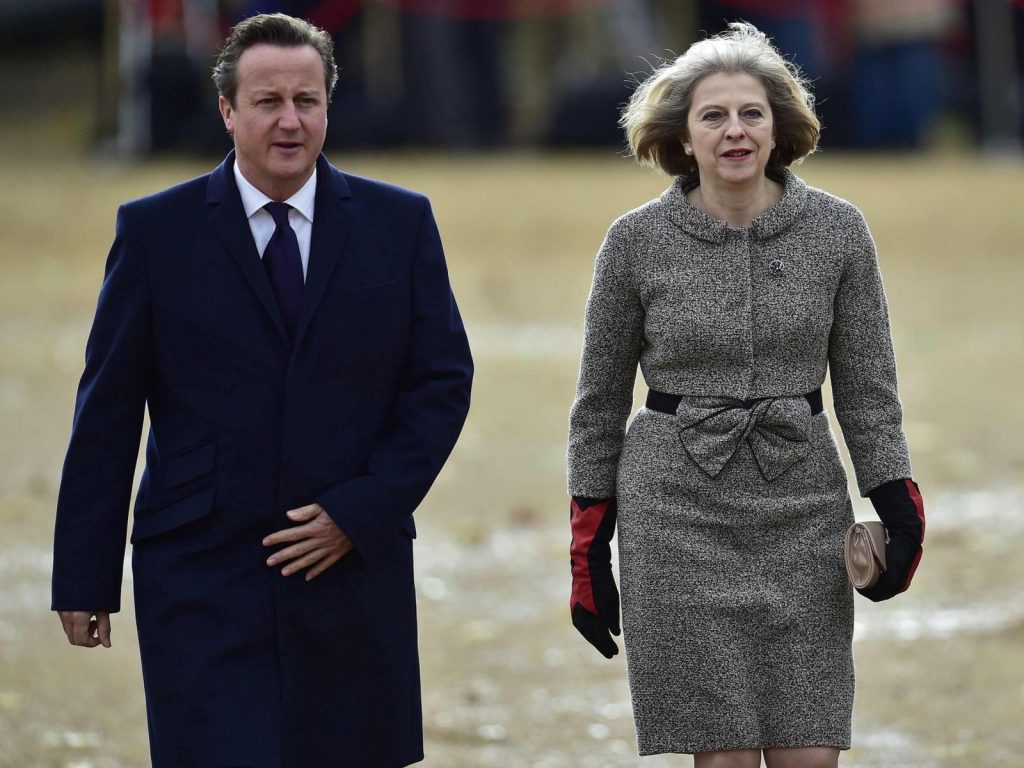 The former PM says that despite thinking Britain has “taken the wrong course” in choosing Brexit, he doesn’t rue calling the vote.

David Cameron has said he does not regret calling the Brexit referendum, despite the decision setting off a series of events which ended with him resigning as prime minister.

In his first major TV interview since leaving office in July 2016, Mr Cameron told CNN he believes Britain has “taken the wrong course” in opting to leave the European Union.

But he said he “made a promise to the British people” to hold a referendum and “I kept that promise”.

Mr Cameron, who entered Downing Street at the head of a coalition government in 2010 before winning a surprise majority in 2015, said: “I don’t regret holding a referendum. I think it was the right thing to do.

“I don’t think you can belong to these organisations and see their powers grow, and treaty after treaty, and power after power going from Westminster to Brussels and never asking the people whether they are happy governed in that way.

“But, I haven’t changed my mind about the result of the referendum. I wish the vote had gone another way.

“I think we have taken the wrong course.”

“And that’s what the country has chosen. I accept the result. I wish my successor well in the work that she is doing,” he said.

“I know as being prime minister, it is a hard enough job without your predecessor giving you a running commentary, and that’s why I haven’t been giving interviews, and the rest of it.”

Mr Cameron once chided the Conservative Party he led for more than 10 years for “banging on” about Europe at the expense of other issues.

But much like John Major and Margaret Thatcher before him, he found his time in Downing Street increasingly dogged by a topic that has excised the Tories for decades.

Amid increasing pressure from his backbenchers and the rise of Nigel Farage and UKIP, he tried to lance the boil by holding the EU referendum.

After victories in the 2014 Scottish independence referendum and his shock majority in 2015, Mr Cameron expected to make it a hat-trick of victories.

But his gamble backfired in spectacular fashion.

However, Mr Cameron appeared relaxed about the prospect of his time in office being defined by the fateful decision to hold the referendum.

When asked if such a worry was in his thoughts, he told CNN: “I think people will make up their own minds.

“I, obviously, believe that I was right to hold a referendum. I made a promise to the British people. I kept that promise.”

Mr Cameron also sought to frame his decision to hold the vote as a logical one, given the direction the EU was heading in.

“The point I would make is that people say this was all about politics, and, of course, there is always politics involved in these decisions, but there was also, I believe, a quite fundamental problem that Britain had, and Britain was seeing, with the development of the single currency, the beginning of decisions being made about us without us, and we needed to fix our position,” he said.

“And, I wish my successor well with her work in being, what I hope will be a good, and friendly, and close neighbour to the European Union.

“Rather than as we were, perhaps we were, a slightly reluctant and sometimes unhappy tenant.”