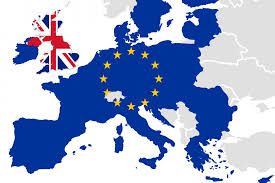 The government has restated its commitment to leaving the EU’s custom union – ahead of a symbolic vote on the issue this week.

Last Wednesday, the government suffered defeat on the EU Withdrawal Bill in the House of Lords on the issue of staying in a UK-EU customs union after Brexit.

And MPs will get their own chance to debate the issue on Thursday.

But a senior Downing Street source told the BBC the government’s position would not change.

BBC assistant political editor Norman Smith said Downing Street’s move was an attempt to reassure Brexiteers worried about a U-turn following the Lords defeat and pressure from the EU.

A customs union is when countries agree to apply the same taxes on imports to goods from outside the union.

This means when goods have cleared customs in one country, they can be shipped to others in the union without further tariffs being imposed.

If the UK remains part of the customs union, it would be unable to strike trade deals with countries around the world.

But supporters say it would help to keep an open border between Ireland and Northern Ireland.

Labour has called for the UK to join a new customs union post-Brexit, saying it would leave the current one but negotiate a treaty afterwards that would “do the work of the customs union”.

But speaking on a visit to a business in the West Midlands, Mrs May said leaving the customs union would allow the UK to strike new trade deals around the world, adding that she was seeking a “frictionless” border with the EU.

Brexit-supporting former minister John Whittingdale told BBC News Thursday’s non-binding vote would be “a piece of theatre” but would have “no significance at all”.

But he predicted pressure for the government when the EU Withdrawal Bill returned to the House of Commons in the coming weeks, saying reversing peers’ amendments could prove “more challenging”.

More crunch votes are expected when Remain-supporting MPs try to amend the trade and customs bills to put more pressure on the government to negotiate a customs union.