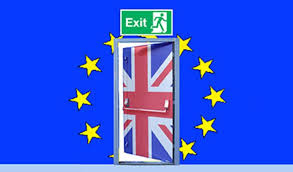 The end of March marked the one-year anniversary since Article 50 was triggered, confirming the UK’s decision to leave the EU. What has the countdown to Brexit brought to markets and funds in the UK so far?

As things stand ahead of Britain departing from the European Union the outcome for the UK economy has been less catastrophic than many pundits had predicted. Moreover, the prospect of rising interest rates seems to confirm that the Bank of England feels the economy is not in bad shape at this stage.

The UK stockmarket has returned 17% since the EU referendum. However, it lagged behind other developed markets: the MSCI Europe ex UK (IEUX) returned 30.6 over the same period to the end of March, while the S&P 500 returned 32.8% and Japan’s Topix returned 39.8%.

Cyrique Bourbon, portfolio manager at Morningstar Investment Management, says: “The first thing to acknowledge is that the UK economy is not the UK equity market.” This is evidenced by the fact that some 70% of the FTSE 100 (UKX)’s earnings come from overseas.

“The next, and arguably more important point, is to acknowledge valuations. We must recognise that fundamental uncertainty is ever-present, but often overhyped, ” adds Bourbon. “At the same time, sentiment has clearly turned negative for the multinationals, and this negativity is being priced into the asset class – creating the cornerstone of a contrarian opportunity.”

When it comes to UK investment funds, since June 2016 a staggering £6.7 billion has been withdrawn from the Investment Association’s UK all companies, UK equity income and UK smaller companies sectors. This compares with £8.2 billion flowing into global funds over the same time frame.

UK funds though, particularly those that focus on smaller companies, have put on a strong showing.

One analyst mentions: “Within the UK stockmarket it’s the small cap sector which has performed best, despite the conventional wisdom that this part of the market is more plugged into the domestic economy and therefore more vulnerable to Brexit concerns.”

He argues that often the performance of smaller companies can be dictated more by their own progress as a business than by that of the wider economy.

Echoing this optimism, Steven Andrew, manager of the M&G Episode Income Fund, says: “Investors thinking about the UK need to consider what compensation they would like for their beliefs about the future. Uncertainties will remain for UK assets over the short term, but overreactions to macro data or political news can drive mispricing and opportunities for long term investors.

“Despite concerns to the contrary, the UK is likely to continue to be an externally facing country post-Brexit, and will continue to engage on a global scale through a range of trade agreements. Based on these views and the strong underlying data we are seeing from a macro and company perspective, the UK market looks a lot less gloomy than it is currently priced.”