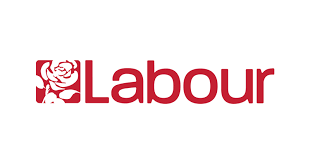 If the UK is forced to obey most EU rules to safeguard the economy, it should seek to remain at the top table.

e stand on the threshold of an exciting week in British politics. It could prove the one that history comes to mark as the beginning of the end of Theresa May as Prime Minister, her hard Tory Brexit and, with them, the Conservative government itself.

May was badly damaged in the House of Lords last week on two crucial Brexit votes and the opportunity to inflict another defeat on her over a new customs union with the European Union is set to come to the House of Commons later this week. After the Sunday Times yesterday reported that May herself is prepared to “surrender” on the issue and No 10 took 24 hours to deny the story, Tory disarray is apparent. So Labour’s Brexit team must continue to do the job it did in the Lords and carefully bring on board all those on the government benches – and others – willing to put our country’s national interest before their own party.

Keir Starmer threw down a clever gauntlet to the Prime Minister yesterday when he invited her to bring either the Trade Bill or, the Customs Bill, back to the Commons this week for the report stage instead of Labour’s opposition day debate on Wednesday afternoon. If May takes up his offer it will remove business anxiety across our isles by speeding up the vote on a binding motion on a future customs union to ensure continued frictionless trade on goods, protection of British manufacturing and the avoidance of a hard border in Ireland. But I’m not holding my breath when it comes to May doing the right thing.

As poor Windrush families know to their cost, the creation of hostile environments is more May’s style. Under her leadership, the Tories have simply aped Ukip with  “Brexit means Brexit” rhetoric, rather than taking decisive action to put our jobs and livelihoods first. As Keir indicates in his letter, this government has so far only managed to escape defeats in the Commons by avoiding votes on key EU withdrawal issues. The road for this strategy has now run out. Defeats are now in the offing and it falls to Labour to maximise every opportunity to stop a Tory Brexit, and the deep economic harm it would cause, from making it to statute.

If, as I anticipate, May rejects Keir’s offer on Wednesday, Labour MPs must be three-line whipped to vote for a new customs union. The Tories are expecting the first of many Commons Brexit headaches for May and her floundering ministers; Labour can escalate it to a migraine.

Shadow chancellor John McDonnell laid out Labour’s Brexit vision clearly last week as he addressed the City, demonstrating that he fully understands that trade-offs will be needed to safeguard our jobs and our livelihoods. That’s why, when addressing the need for a strong financial services industry within Britain he stressed: “The right for our financial service companies to win business across Europe, and the reciprocal right for European companies to win business here, remains essential.”

John also pledged an incoming Labour government would seek a deal “that protects jobs, living standards, and the broader economy as a priority – not one designed around arbitrary targets on migration.” In so doing, he signalled a pragmatic trade-off between securing our future prosperity and the number of those allowed into our country.

In a Bloomberg interview following his speech, John also stated an incoming Labour government would show flexibility on free movement as the price for maintaining  access to the EU’s single market. This aspect has been made easier now the EU itself has said the clauses within the Posted Workers Directive which can lead to undercutting by unscrupulous bosses – something Labour has rightly opposed – will be scrapped.

John also promised that Labour “will seek a final deal that gives full access to European markets and maintains the benefits of the single market and the customs union, with no new impediments to trade and no reduction in rights, standards and protections”.  Rightly, he recognises that “full-alignment” will be required in many areas if Britain is to continue to reap the exact same economic benefits which we currently enjoy as members of the EU.

Labour has clearly rejected the nonsensical and dangerous Tory negotiating strategy, if you can call it that, of assuming everyone will be dancing to our tune; it takes two to tango. Keir Starmer’s six tests, our commitment to a customs union and John’s grown-up recognition of the need for trade-offs to safeguard our jobs and our livelihoods, puts clear “red” Brexit water between us and the Tories.

So with the beginning of the end of May, her diabolical Brexit and her government nigh, Labour’s aim in Westminster must be to defeat the Tories at every Brexit turn. Voting against any final deal which doesn’t fully meet all of our aspirations is, in any case, looking like the only possible outcome of negotiations given the current Tory markers.

Like John McDonnell, I too would rather have a general election to decide our future relationship with the EU. However, it would be foolhardy to rule out a referendum on any Tory Brexit deal, and I’m extremely pleased he didn’t. But with Labour’s shadow chancellor publicly acknowledging the need for trade-offs, does it make any sense to also rule out staying within the EU itself? If the price we need to pay to safeguard our jobs and livelihoods is acquiescence with most EU rules, surely staying put and retaining our voice at the top table must be a better deal.