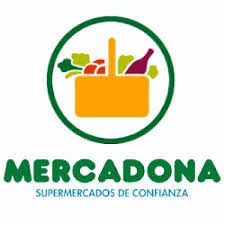 Supermarket chain Mercadona has now launched in the UK with a trading office set up in Harrogate, North Yorkshire to handle purchases of fish from the North Sea.

Mercadona, founded by Valencia-based businessman Juan Roig, has not yet announced any plans to open stores in Britain, but the buying office in the north of England will save a considerable amount of travelling.

Staff from the North Sea fish-purchasing management centre in Spain have had to fly to the UK everytime they needed to sign paperwork or deal with any business issues that cropped up.

But now, with the office in Harrogate – led by Gavin Radcliffe – able to handle all this on site, it means Mercadona has a foot in the door in Britain and may later be able to take advantage of its presence there for future deals.

Most of Mercadona’s produce is locally or nationally sourced, but some of its wares have to be bought in from elsewhere if they are not available, or in scant supply, in Spain.

At present, Mercadona has a network of 120 manufacturers and suppliers, and last year alone made over €17.5 billion in purchases, of which 85% was from producers in Spain.