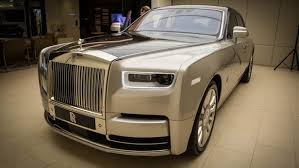 Rolls-Royce is preparing to relocate the “signing off” of British-made airliner engines to Europe, as the EU aviation authority will hold the right to certify they are safe to fly in the event of a hard Brexit.

The iconic British brand – and leading member of the country’s £31.8bn-a-year aerospace sector – is preparing the contingency plan to protect itself from huge disruption if negotiations stall over Britain leaving the EU.

Without such an arrangement, sources inside the company say that design, manufacturing and maintenance of Rolls-Royce engines built at its Derby base could grind to a halt if Britain suffers a “cliff-edge” departure from the EU.

The UK was a founder member of the European Aviation Safety Agency (EASA), and Rolls-Royce’s engines and designs are certified under its authority on a daily basis as the company modifies its designs.

But if Britain leaves the EU without agreeing a deal that includes associate membership of EASA, Rolls-Royce’s products will not be able to be signed off in the UK and will, therefore, be unable to take to the air.

“It’s a theoretical but real risk that either a deal or EASA membership will not happen,” said a senior Rolls-Royce source. “We would have to stop making engines until it was sorted out without a plan in place.”

The concerns ramp up the pressure on ministers to achieve a Brexit deal to ensure continuity for Britain’s aerospace sector, the largest in Europe and second only to the US.

However, industry sources say guidance from Government is that negotiations about a transitional deal ahead of Britain leaving the EU in March 2019 are likely to “go to the wire”, meaning companies such as Rolls-Royce have been forced to protect themselves from costly disruption.

ADS, the trade association which represents the aerospace sector, highlighted the importance of a deal to protect the industry.

“From the moment of the referendum we have made absolutely clear we need to remain part of EASA,” said Paul Everitt, chief executive of ADS. “We are reasonably optimistic – it seems to be one area on the EU on which everyone agrees.”

A spokesman for Rolls-Royce said the company was in “regular dialogue with ministers to ensure there is no interruption in our service to customers as a result of Brexit”.

He added that plans to transfer design approval for airliner engines were a “precautionary” measure and a final decision had not been made on such a move. The company said it “did not anticipate” jobs being transferred to Europe.