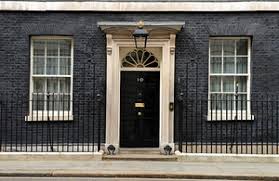 The prime minister’s spokesperson said Ms May has repeatedly set out government’s position on future relations with the bloc.

Downing Street has dismissed claims made by the EU’s chief negotiator that the UK is impeding Brexit talks by failing to set out a clear blueprint for future relations.

Theresa May’s spokesman suggested Michel Barnier’s disparaging comments are the inevitable “public commentary” ahead of a new round of talks, but that Ms May would focus on discussions at the negotiating table.

It comes ahead of a meeting of her Brexit cabinet on Wednesday, where she will meet ministers under pressure from different factions of the party over the government’s position on a post-withdrawal customs union.

The government suffered a massive defeat in the Lords this week on its plan to quit the existing customs union after EU withdrawal, raising concerns among Brexiteers that Ms May could opt to remain within it.

After Mr Barnier’s call for “clarity” in a speech last night, Ms May’s spokesman said: “The prime minister has clearly set out her vision for a deep partnership with the European Union, in Florence, Munich and recently at Mansion House speech, which was welcomed by the

“Secondly I would say that whenever we start a new round of negotiations, there is inevitably some public commentary.

“What we are focussed on delivering is the PM’s vision in the negotiation room.”

Asked whether Ms May agreed with Mr Barnier that the EU could not go any further in talks without clearer position from the UK, he added: “Clearly it is in the interest of both parties to move forward in these negotiations, and form that deep and special partnership which we are seeking.“We want to work constructively with the EU to achieve that.”

Wednesday’s cabinet sub-committee could see Ms May under pressure from the likes of Brexit secretary David Davis and trade secretary Liam Fox to ensure she sticks to her stance on being separate from any customs union after withdrawal.

Some Brexiteers fear Ms May is paving the way for a compromise on the issue, with insiders admitting she could be forced to accept membership of some form of European customs union, to ensure a solution to the Irish border question.

Home secretary Amber Rudd and chancellor Philip Hammond will be pushing for the UK to retain as close as possible a relationship with the EU.

In a speech in Hannover, Mr Barnier said Britain must now come forward with its practical blueprint for a new trading relationship with Europe.

He said: “It is now up to the UK to come up with its vision for the future, which should confirm the UK’s red lines or adapt them.

“Once we have more clarity from the UK, we will prepare a political declaration on the framework for the future relationship to accompany the withdrawal agreement in the autumn.”

He said the EU had made clear it wants a partnership that is as close as possible, but Britain’s position on quitting the single market and customs union along with other policies meant it is “closing doors”.

He said: “The European Council has made clear that, if the UK’s red lines were to evolve, the Union would be prepared to reconsider its offer. We are flexible, never dogmatic. We are open for business.

“But of course any change from the UK must respect our principles, the principles we have built with the UK over 45 years.

“In particular, the four freedoms of the single market go together. They are all indivisible.”