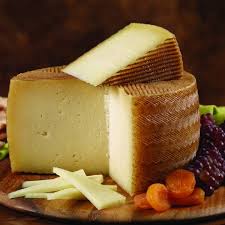 A battle over ownership of the name had delayed a major trade deal between the EU and Mexico for months, but agreement was finally reached over the weekend in a deal that will allow 99% of goods to be traded between Mexico and the EU on a tariff-free basis.

However the agreement on manchego cheese, while giving the Spanish variant some extra protections against copycats when sold in Mexico, will allow both types of cheese to share the same name and sit on the same shelves in that country.

The European commissioner for agriculture, Phil Hogan, insisted careful packaging would make the origins of the two cheeses clear. “The specific labelling provisions will ensure that there is no confusion for the consumer as for the origin and composition of the product and any reference to the original Spanish products will not be allowed [on the Mexican product’s packaging],” he told reporters in Brussels.

Hogan continued: “I think that farmers in Mexico in relation to manchego cheese will be happy; I think the Spaniards will be happy too.”

“We will use any and all legal means at our disposal to appeal this decision,” said Martín Esteso, a spokesman for Spain’s largest farmers’ union, Asaja.

“The whole thing is just nonsense: they can’t use our name for a cheese that is not pure manchego cheese made from the milk of manchega ewes.”

Esteso, whose family have been producing the cheese for four generations, said the word manchego should only be used to describe something with links to the central Spanish region of La Mancha – “like Don Quixote or Sancho Panza”.

It was all about quality and clarity, he argued. While Spanish manchego sells for around $15/kg, its Mexican namesake fetches around half that and is typically used to stuff quesadillas.

Ismael Álvarez de Toledo, the president of the Spanish Brotherhood of the Manchego Cheese, said the commissioner had put “other international interests” ahead of those of food producers within the EU and pointed out that manchego was a demonym.

If the EU did not defend the products of its own producers, he added, “what’s to stop someone from Guatemala or Paraguay deciding to call their drink scotch whisky or their wine Rioja or Bordeaux or champagne?”