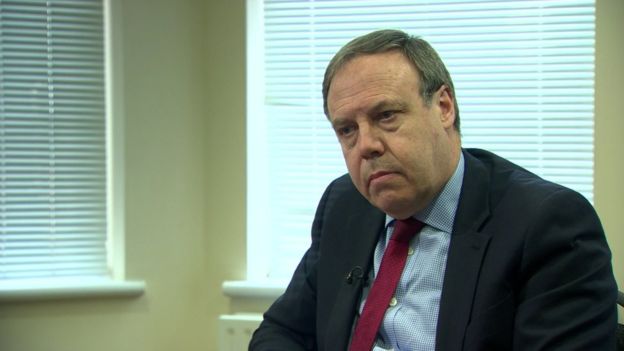 David Davis has apologised for not telling Northern Irish politicians about his first visit to the Irish border as Brexit secretary.

Mr Davis made the unannounced visit on Monday to several sites along the County Armagh side of the border.

Neither the DUP, which props up the Conservative government, nor the local Sinn Féin MP were told in advance.

The Department for Exiting the European Union said not informing the Newry and Armagh MP was “an administrative oversight for which we are happy to apologise”.

The DUP deputy leader, Nigel Dodds said it was “very important” that local MPs be notified ahead of a ministerial visit to their constituencies.

He dismissed as “nonsense” suggestions that it was unusual for the DUP not to be informed about such a visit.

The DUP was “not made aware of ministerial visits on a day-by-day basis”, Mr Dodds told the Good Morning Ulster programme.

He added that said Mr Davis was not alone in breaching protocol.

“We also have Irish government ministers who don’t inform MPs or politicians (of visits to Northern Ireland),” he said.

“It took him 22 months to get to the border,” Mr Ó Muilleoir told Good Morning Ulster.

Mr Ó Muilleoir said he had been with Mr Brady in Omagh, County Tyrone, while Mr Davis was visiting the Newry and Armagh MP’s constituency.

SDLP leader Mark Durkan described the visit by Mr Davis as an “empty exercise” so that “he would have the photo in his album”.

“This was all done just to eliminate an an obvious point of criticism and, of course, it was done so there was no actual engagement,” Mr Durkan told the BBC’s Nolan Show.

Ahead of a non-binding vote on the government’s plans to leave the EU’s custom union on Thursday, Mr Dodds said he did not agree that a defeat for Mrs May would represent a “serious blow” to her leadership.

“Too much is being read into the vote on Thursday. There are opposition motions all the time which go through unopposed… but that don’t bind the government in any way,” he said.