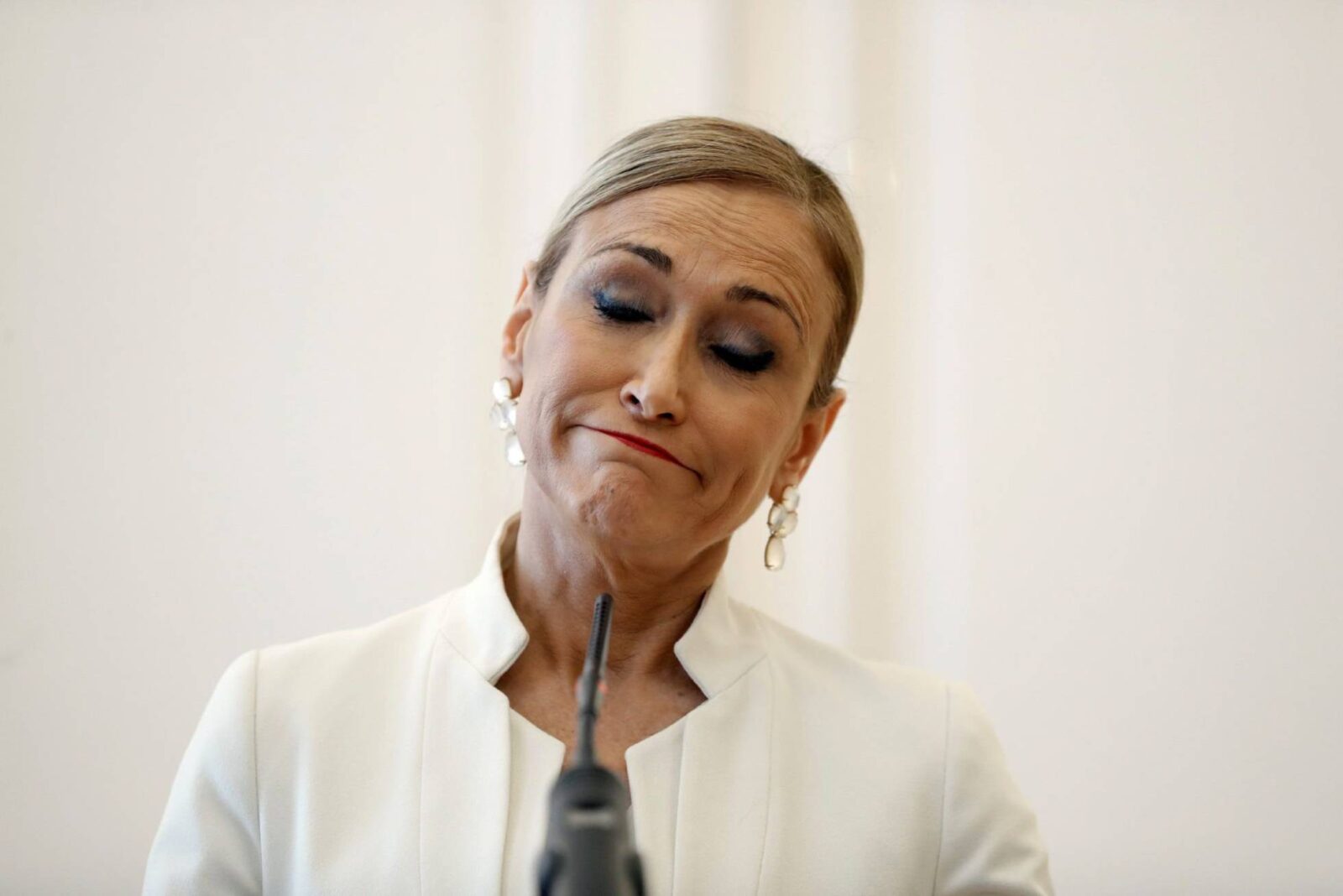 The Popular Party politician had been under increasing pressure to resign in recent weeks due to irregularities related to a master’s degree she obtained in 2012.

Embattled Madrid premier Cristina Cifuentes resigned from her post on Wednesday morning after a video emerged of her apparently stealing two bottles of anti-aging cream from a supermarket in 2011.

The Popular Party (PP) politician has been embroiled in a separate scandal in recent weeks involving irregularities surrounding a master’s degree she obtained from the King Juan Carlos University (URJC) in Madrid in 2012. She is alleged to have never attended classes nor taken exams, and there are doubts over whether she ever produced her final thesis, or defended it before a panel. She claims that she did everything that was asked of her to obtain the qualification and has placed the blame for any irregularities squarely with the URJC.

Sources close to Cifuentes admitted that the person in the video is her, and police sources have said that the shoplifting incident did happen

But pressure grew yet further on Cifuentes to quit on Wednesday after Spanish website OKDiario published images from a security camera of the politician emptying out a bag in the presence of the guard. She is then seen to be showing him several products before handing over a sum of money. The recording of the alleged shoplifting incident was made on May 4, 2011. The supermarket where it took place is very close to the Madrid regional assembly, where Cifuentes was deputy speaker at the time.

Sources close to Cifuentes admitted that the person in the video is her, and police sources have said that the shoplifting incident did happen, but that there is no official police record of it.

Speaking at a hastily convened press conference on Wednesday morning, Cifuentes announced she was quitting. “In the political situation in which we are living through, and after having spoken to my team about it, I’m announcing my resignation as the premier of the Madrid region,” she said. “In life, you have to think about the general interest above the interests of just one person.”

However, she sought to play down the importance of the video that was made public on Wednesday, claiming that she was the victim of a “campaign of harassment and demolition that has gone beyond politics.”

She went on to say that she was already planning to resign as Madrid regional premier after May 2, which is the regional holiday. “But general interests must be taken into account,” she continued. “The real threat that the left of the PSOE [Socialist Party] and Podemos and the support of Ciudadanos could govern has made me reflect a lot.”

Cifuentes was referring to the fact that the PP controls the regional assembly in a minority government thanks to the support of Ciudadanos, the emerging center-right party that has taken a very hard line on corruption. In fact, the pact reached between the PP and Ciudadanos to form a government in the Madrid assembly included a specific clause stating that anyone found to have lied on their CV should quit.

With regard to the apparent shoplifting incident, Cifuentes said that “it was an involuntary thing, which I realized, and paid the €40 for.” She claimed it was a mistake and said that she had been the victim of extortion attempts in relation to the video. “I have put up with 34 or 35 days of continuous exposure,” she continued. “What has happened today has crossed a line.”

She added that she was leaving “with my head held high, with a bitter feeling from a personal point of view. I am leaving feeling proud.”

Until now, Cifuentes had counted on the support of PP Prime Minister Mariano Rajoy, but speaking to reporters today in the hallways of Congress, the party leader said that she had “done what she had to do. A new era is beginning in the region.”