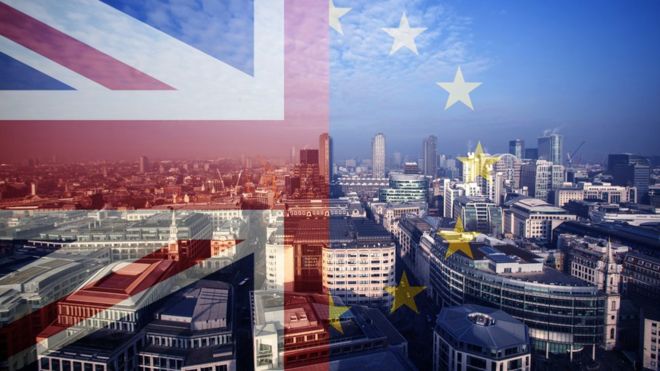 MPs say they have “grave concerns” at the lack of progress made by the government’s business department in preparing for Brexit.

The Public Accounts Committee said the department was one of the most heavily involved with the UK’s EU departure.

But the committee’s chairwoman said it was “operating in a parallel universe where urgency is an abstract concept”.

The department said it was focused on “ensuring a smooth transition” for businesses, workers and consumers.

It said that since the MPs’ report was written it had been given an extra £185m to boost its Brexit-related workforce.

The UK is due to leave the European Union in March 2019, at which point a temporary “transition” period is expected to kick in until December 2020.

The Public Accounts Committee, which scrutinises the value for money of public spending, said the Department for Business, Energy and Industrial Strategy had a “significant and complex task” related to Brexit, with responsibility for 68 of more than 300 “work streams” that need to be completed.

Given this task, and the “significant domestic policy agenda” it is also responsible for, the committee said it was “alarmed that the department has made virtually no attempt to re-order its priorities”.

It said it doubted the department’s ability to deliver “numerous IT systems” that would be required when the UK leaves the EU.

The committee said that in January, when it took evidence for its report, “extraordinarily, the department had not yet started to procure any of these systems despite them being required by March 2019 in the event of a no-deal scenario”.

But the MPs said they were “not convinced it has yet got the right mix of skills and experience in place to implement its Brexit work effectively”.

They were not reassured the department had taken on people with “sufficient negotiating expertise” and forecast difficulties in recruiting in-demand digital staff in the face of competition from the private sector.

The report also criticised a lack of transparency which it said undermined scrutiny of the department’s work, saying it should not use “sensitivities around the negotiations” to keep people “in the dark”.

Labour MP Meg Hillier, who chairs the committee, said the business department had “an extremely important, challenging and time-sensitive workload”.

“Yet the department told us it had not reprioritised its overall programme of work, had not begun procurement for around a dozen essential digital systems and could not provide vital information about its workforce.

“We have grave concerns about this apparent complacency, compounded by the lack of transparency on the department’s progress with what in some cases will be critical projects.”

A spokesman for the department (BEIS) said: “Since this report was written, BEIS has received £185m of extra funding to help deliver a successful Brexit by employing an increased number of staff on our Europe work, identifying the most pressing legislative challenges and remaining ahead of schedule by recruiting high-calibre staff to ensure we prepare thoroughly and effectively.”