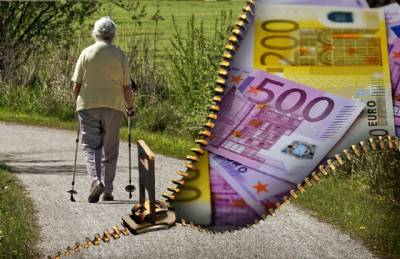 SPAIN’S president Mariano Rajoy has agreed to increase State pensions in line with inflation this year and next as a concession to the Basque National Party (PNV), whose vote will be crucial in approving the much-disputed national budget.

For the last six years, pensions have only risen by the legal minimum of 0.25% every January, sparking mass protests across the country.

Now, however, they will increase for 2018 by 1.6%, the average inflation figure, and go up again in 2019 by, probably, a similar amount, depending upon changes in the consumer prices index.

Widows’ and widowers’ pensions will also go up, to 56% of the deceased spouse’s income, instead of the government’s initially proposed 54%, but will rise to 60% in 2019.

Minimum and non-contributory retirement pensions were already due to rise by 3% and will still do so.

This 3% increase was the government’s response to the street protests, but demonstrators said it was not enough as it would still have left over five million State pensioners struggling to make ends meet as their own middle-income monthly payments would not qualify as ‘minimum’ and be subject to a rise.

The pensions reform, approved in 2013, which links pension calculation to national life expectancy, was due to come into force in 2019 – the year of the next European Parliamentary elections – but will not now apply until at least 2023.

Experts estimate that this reform based upon life expectancy would devalue pensions by an average of 5% over 10 years.

The PNV, in exchange for Rajoy’s compromising over pensions, has agreed to vote against amendments put forward by opposition parties which could prevent the budget from being signed off, but it is still not guaranteed that the Basque party will vote in favour of the budget as a whole.

Its leader Aitor Esteban says it wants the government to backtrack on applying Article 155 of the Spanish Constitution, which strips a region of its autonomous governing powers, to Catalunya.

Article 155 was applied in October in response to Catalunya’s regional government calling a ‘banned’ independence referendum.

Applying Article 155 to Catalunya is a particularly thorny issue for the Basque Country, which has long had its own independence supporters – albeit never called a referendum – since, even though those who want the Basque Country to secede from Spain are now very much in a minority, this could change in future years.

Spanish president Mariano Rajoy has always blamed the pension pot deficit for being ‘unable’ to increase retirees’ income by more than 0.25% a year, but now that he has agreed to up it by 1.6%, he says there will be no need to cut down on spending in social programmes such as welfare, education and healthcare in order to fund the higher pensions.

In fact, PP Parliamentary spokesman Jaime Olano has even said his party has not worked out how much the pension increases will cost.

Trade unions, who are supporting the pensioners’ protests, say the government needs to go even further and increase payments in line with inflation retroactively.

They have also signed a petition calling for decent pensions to be enshrined in the Spanish Constitution and for a minimum ‘wage’ for retirees of at least €1,000 per month.