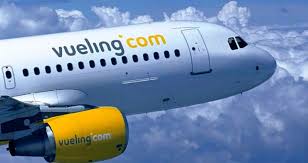 The work stoppage will continue on Thursday and will take place again on  May 3rd and 4th next week, mostly affecting flights to or from Barcelona, the  airline’s main hub.

Pilots are asking the airline, which belongs to British group IAG, to raise  their salaries to the same level as their competitors and give certain  benefits to those who will be transferred to bases abroad as the airline
expands.

“More than 120 pilots have left the company since the start of 2017, which  gives an idea of the malaise in the group,” pilots’ union SEPLA said in a statement.

According to Vueling, the strike will only affect 19 percent of flights, with 122 cancellations on Wednesday and 124 on Thursday.