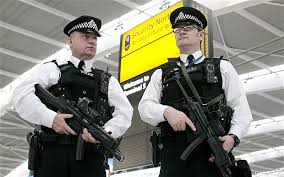 ESTONIAN foreign minister Sven Mikser said the European Union should “absolutely” trust Britain on security issues, despite the bloc refusing to include the UK in certain aspects of a major EU project due to post-Brexit security fears.

Sky News host Adam Boulton referenced the EU’s Galileo GPS satellite programme and asked Mr Mikser whether he thought it was right that post-Brexit Britain is excluded from some elements on security grounds.

The Estonian minister said: “I know that this is a very important decision in the negotiations and the commissioner proposed that under exceptional circumstances that might be an issue.

“I don’t think that we are at a point where we can say precisely what those exceptional circumstances are.”

But Mr Mikser said Britain will “not at all” be a less reliable ally after Brexit – insisting that the UK and Estonia will maintain their strong security relationship after Brexit.

Mr Boulton then asked: “That would imply that the EU ought to be able to go on trusting Britain on security ground after Brexit?”

In response, Mr Mikser said: “Absolutely. And I think that this is something that is in the interests of both parties.

“The UK Government has indicated that they want to remain a very active player in European security, they want Britain to be a global power after Brexit.

“And obviously the European Union would like to see Britain playing an active part in European security in being one of the strongest countries in Europe – in military and security terms.”

The European Commission plans to block UK access to secure parts of the EU’s Galileo project once it leaves the bloc amid a growing row over Europe’s security.

Brexit Secretary David Davis is said to be “furious” over the commission’s stance after negotiators held frosty discussions with their EU counterparts in Brussels last week.

A senior UK government official said: “They’re playing hardball. We’re looking at a range of options, but unless they back down, we will withdraw from Galileo.

“We are scoping the possibility of launching our own system.”

“But there are of course ways Galileo can co-operate with third countries and these are open to the UK as well.”

Business Secretary Greg Clark has said he will take legal advice to find out whether Britain can get back the £1.22billion is had so far invested in the European project.

Mr Clark said: “We have made it clear we do not accept the commission’s position on Galileo, which could seriously damage mutually beneficial collaboration on security and defence matters.

“Given the UK’s integral role in the programme, any such exclusion could cause years of delays and a cost increase stretching into the billions.”