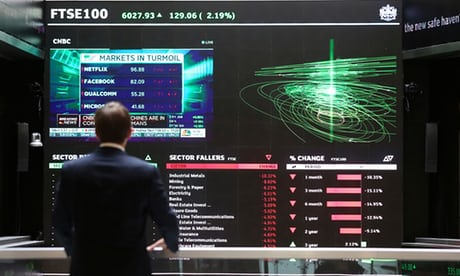 This month’s data will feed into the MPC’s May decision – whether to increase the official interest rate above 0.5% for the first time since March 2009. The MPC has passed up many opportunities to embark on this process since 2014.

We have missed the opportunity to follow the lead of the US Federal Reserve, which has been gradually pushing up its key lending rate since the end of 2015.

That policy has not dampened US growth to any significant extent, and it is likely the Fed will push its benchmark interest rate above 2% by the end of this year.

Mark Carney has cited Brexit uncertainty as a reason for delaying a rate rise next month, and his statements have had a negative impact on the value of the pound. But Brexit uncertainty has been with us since before the referendum vote. It should not continue to be used as a reason to delay rate rises which are fully justified by other economic fundamentals.

The economic data shows unemployment has fallen to a new low since the mid-1970s. Wage growth is picking up and pay increases now exceed the rate of inflation. Economic growth in the first quarter is likely to be affected by the bad weather in February and March, so it will not be a reliable indicator for judging the overall health of the economy.

Meanwhile, the world economy is booming. The IMF has upgraded its forecasts for global growth again, and the period 2017-20 is set to be its strongest period since before the financial crisis. Both the global economy and the UK will enter the 10th year of economic recovery this summer – so the current economic expansion is already quite mature.

Brexit has already had, and will continue to have, a negative impact on the UK economy. But it cannot be the only factor driving economic policy.

The budget deficit has come down to around 2% of GDP, giving the UK more scope for using fiscal policy to support growth. A rise to above 0.5% is long overdue, and postponing it again will not help the UK economy.

Professor of economics at Dartmouth College, New Hampshire, US, and member of the MPC from June 2006 to May 2009

When retailers are struggling, inflation is on the way down, GDP growth is weakand house prices in London are falling, it is difficult to see why the Bank of England is considering raising rates.

The lack of wage pressure has proved a particular problem for policymakers, who continue to expect nominal annual wage growth to revert to pre-recession averages of 4% or higher, and real wage growth nearer to 2%.

Single-month figures from the Office for National Statistics for total pay, including bonuses, have shown a decline in the last three months from 3.1% to 2.8% and 2.3% in the latest estimate for February.

It’s true that the three months average preferred by the ONS showed weekly earnings, excluding bonuses, increased by 2.8% from the same period a year ago, but this higher average is largely due to mathematical effects.

When Carney and the MPC deliberate on whether to raise rates, they must recognise that employers have not reacted to low unemployment by increasing pay.

Why? Because productivity growth has been flat. Despite recent increases, low productivity workers have disproportionately been hired. Flat productivity has led to flat wage growth.

Pay settlements have continued to suggest a norm over the last several years of around 2%.

So to raise interest rates, Threadneedle Street must produce a forecast that says wages will rocket over the next two years. It might manage to produce a fantasy figure. After all, in February 2018, the MPC was forecasting wage growth of 3% in 2018, 3.25% in 2019 and 3.5% in 2020, which seems unlikely.

However, its forecasting record is appalling and a repeat would most likely be wrong. With the economy this weak, I would vote for a rate cut, not a rise.