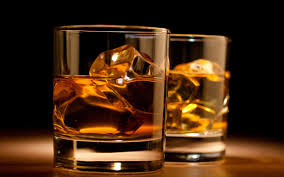 You might think ministers have a difficult job navigating Brexit but don’t pity them too much as they are apparently fuelling themselves with the finer things in life.

Environment Secretary Michael Gove has said discussions with his Cabinet colleagues on the benefits of Brexit ‘go long into the night’ – but they are often sustained by ‘glasses of fine Scotch whisky and smoked salmon’.

Mr Gove, made the comments under questioning from SNP MP Peter Grant.

Mr Grant, asking about the future of the UK’s food and drink industry, said conversations with Cabinet colleagues about the benefits of leaving the European Union ‘must have been the shortest discussions in history’.

Mr Gove replied: ‘I have to say that the discussions about the benefits of leaving the European Union which I undertake with my Cabinet colleagues go long into the night, often fuelled and sustained by glasses of fine Scotch whisky and smoked salmon from other parts of that beautiful country.

‘And one of the things that we appreciate is that actually the appetite for smoked salmon, for whisky, and for Scottish and British produce is growing faster outside the European Union than it is within.’

Mr Gove went on to say that he wanted to champion food producers in Scotland, adding that he was ‘a little bit sad’ that Scottish First Minister Nicola Sturgeon had not reached an agreement with the UK Government over the EU Withdrawal Bill.

Elsewhere during Environment questions, leading Brexiteer Mr Gove also said he would be meeting Irish ministers within the next month to ensure trade ‘can continue to flow with as little friction as possible’ after Brexit.

This week the Scottish Government again rejected UK Government amendments to flagship Brexit legislation on devolution, despite the Welsh Government accepting the proposals from Westminster.

Later in the Commons, Labour MP Kate Green raised concerns from food producers in her constituency which export to Ireland about trade after Brexit.

‘But it relies on goodwill on every side in order to make sure that we can succeed, and that’s why, the week after next, I’m looking forward to visiting Ireland in order to talk to their agriculture minister and to talk to those directly involved in trade.’