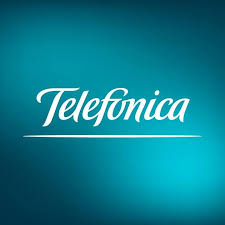 Spanish telecoms giant Telefonica saw its sales plunge in the first quarter due to the end of roaming charges in Europe, but still posted a 7.4 percent rise in net profit.

The group’s turnover dropped 7.2 percent to 12.2 billion euros ($14.9 billion) due to the “negative impact of regulation” according to a statement, referring to the end of roaming charges in Europe in June 2017.

Without this, turnover would have risen 3.1 percent year-on-year thanks in part to the sale of handsets, the group said.

The company said it also suffered from the depreciation of the Brazilian real and the Argentine peso — two important markets — against the euro.

But Telefonica’s strategy of prioritising higher value services appeared to have borne fruit in the first quarter.

The number of clients subscribing to 4G rose by over a third year-on-year, those using faster fibre-cable for their internet increased by 20 percent and people getting pay television by five percent.