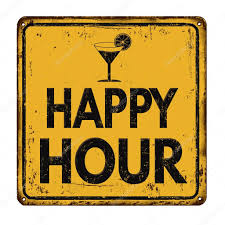 A RADICAL overhaul of alcohol sales in a bid to reduce underage drinking means ‘happy hours’ could be banned and only soft drinks sold at bowling alleys, among other family venues.

Bars could be fined or even shut down for selling alcohol to under-18s, and the kids themselves – as well as their parents or guardians – could be forced to carry out community service.

The current system of fining parents where children under 18 are caught drinking alcohol is not proving effective, since it is no deterrent to the young offenders if it does not hit them in their pockets, but some parts of Spain – including Valencia city – have begun targeting the underage drinkers themselves by having them carry out unpaid public service work.

Among the prevention measures proposed, under-18s may be banned from entering concerts, shows and other events where alcohol is on sale, and Spain is even considering following Scotland’s lead by taxing drinks in accordance with the percentage of alcohol they contain – and gradually increasing this tax once it is in place.

‘Happy Hour’, where alcoholic drinks are cheaper between certain times, as well as ‘two-for-one’ offers or similar, could be outlawed as these encourage binge-drinking, and bars may be required by law to provide drinking water free of charge or at a reduced price.

‘Mobile’ alcohol selling, such as in floats at fiesta parades, sales of drink at petrol stations or online, or alcohol in vending machines, may also be prohibited, and home deliveries may come under more stringent checks to ensure the person ordering the drinks is not a minor.

Bring-your-own-bottle street-drinking parties, known as botellones, already attract fines in some parts of Spain, and several towns ban drinking alcohol in public places – including adult consumers walking down the street with a can of lager – but this could spread to the whole of the country.

Other than on bar terraces or in other specifically-authorised areas, alcohol may be prohibited, and public authorities will be expected to keep a closer eye on botellones and on large gatherings at fiestas or organised parties to make sure nobody under 18 is drinking.

Theme parks, sports centres or venues for sporting events, museums, libraries, cinemas, or any other entertainment premises where under-18s may be on site are expected to be banned from selling alcohol, and the ‘density’ of authorised vendors, such as bars or shops, near these areas may come under scrutiny.

Selling alcohol within a given radius of schools, or even advertising it within this area – as yet unspecified – could be forbidden, and displaying alcoholic drinks or adverts for them in shop windows might also be outlawed.

Supermarkets and department stores will be expected to keep bottles and cans behind the counter so they cannot be stolen.

Under-18s who ride mopeds will be considered ‘over the limit’ if a breathalysing test shows a result above zero, and police may be permitted to breathalyse minors even if they are on foot.

Bars and shops may be given the power to refuse to serve alcohol to anyone who cannot produce ID to prove they are aged 18 or above.

Existing alcohol adverts are already recommended to carry a warning about ‘responsible consumption’, but they may also be required to add another to the effect of ‘not a drop for minors’, ‘zero tolerance in under-18s’, or similar, with anti-drinking campaigns aimed at children along the same lines as existing ones targeting adults to prevent drink-driving.

Bars allowing customers to drink on the street, which sell alcohol outside of licence hours, or to under-18s, could be fined, and repeat offences could lead to forced closure.

Parental responsibility could become even more onerous with the planned new underage drinking prevention law, and if minors repeatedly consume alcohol, the Child Protection Law will be invoked which could involve social services and officials evaluating the youngster’s home life and parents’ or guardians’ ability to care for them.

At present, under-18s are allowed into concerts without an adult in the regions of Valencia and Cantabria, even where alcohol is served, but national law may clamp down on this by banning their entry if these drinks are on sale, or at least requiring they be accompanied by someone aged 18 or over.

Figures show that, in Spain, the average starting age for drinking alcohol is 14, and that as many as 700,000 under-18s have admitted to drinking five or more measures of alcohol within a matter of hours.

In the last few years, several cases of children – boys and girls – aged 12 and 13 have died after binge-drinking sessions and, in the year 2016 alone, over 6,000 minors were admitted to hospital in alcohol-induced comas.

Alcohol consumption in underaged boys and girls can have serious and permanent effects on health, causing damage to internal organs, including the brain, and hindering brain development.