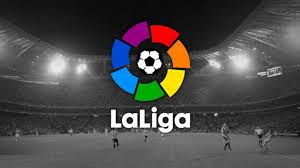 Barcelona president Josep Maria Bartomeu says he met Antoine Griezmann’s agent this season but does not want to add to “speculation” over a move for the Atletico Madrid striker.

In January, Barca “strongly denied” claims they had agreed a deal to sign Griezmann, 27, this summer.

Atletico reported Barcelona to Fifa over an alleged illegal approach for the France forward in December.

“It was last October. It was a meeting, but nothing more,” said Bartomeu.

Speaking to radio station RAC1, Bartomeu said he saw Griezmann, who is under contract until summer 2022, on holiday but has not spoken with him this year.

He said the La Liga champions have a “good relationship” with Atletico and that he has spoken about “many things” with their president Enrique Cerezo and chief executive Miguel Angel Gil Marin.

However, he added: “It’s not the moment to talk about these matters. You cannot talk about players who play at other clubs.”

Barcelona moved within three games of going the entire La Liga season undefeated after a 2-2 draw with rivals Real Madrid in El Clasico on Sunday.

Atletico, who are second in the league, face Marseille in their third Europa League final in eight years in Lyon on 16 May after beating Arsenal in the semi-finals.