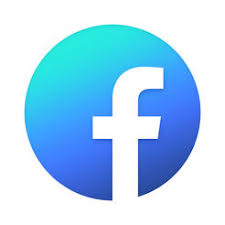 Based in the Glòries Tower, the Silicon Valley outpost in the Catalunya capital is the result of a deal with the company Competence Call Centre (CCC), which has just signed a rental contract for eight storeys of the famous skyscraper.

The Facebook hub will fight against misleading headlines, often generated by false profiles or by radical groups, in the same way as the Content Control office in Germany which employs 500 workers.

Barcelona’s centre will be only the second of its type in Europe.

As yet, it is not known how many jobs the ‘fake news’ office will create, or whether some of its employees will be existing Facebook staff relocating from the USA.

The Glòries Tower, based in the Les Glòries square in the city centre, is an iconic glass-and-chrome skyscraper of 142 metres in height, making it the third-tallest building in Barcelona.

It was designed by acclaimed architect Jean Nouvel and was originally known as the Agbar Tower, home to the city water board.

The tower’s location is right in the heart of the so-called ‘technology belt’ in Spain’s second-largest metropolitan area, a neighbourhood which has become known as the ‘@22’ in recent years.