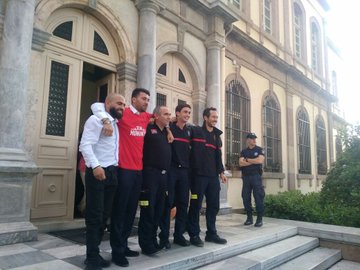 A court on the Greek island of Lesbos on Monday freed three Spaniards who appeared on charges of migrant trafficking. Two Danes were also released.

The three firefighters, from the Spanish city of Seville, were detained in 2016 while working for an NGO called Proem-Aid.

They had been carrying out a search and rescue mission in the Aegean sea but were arrested on their return to Lesbos and accused of facilitating illegal entry into the EU. There were no migrants on their boat when they were detained.

Over the past year the men had benefitted from a broad campaign of support in Spain and from the humanitarian world.

Proem-Aid tweeted that justice had been done.