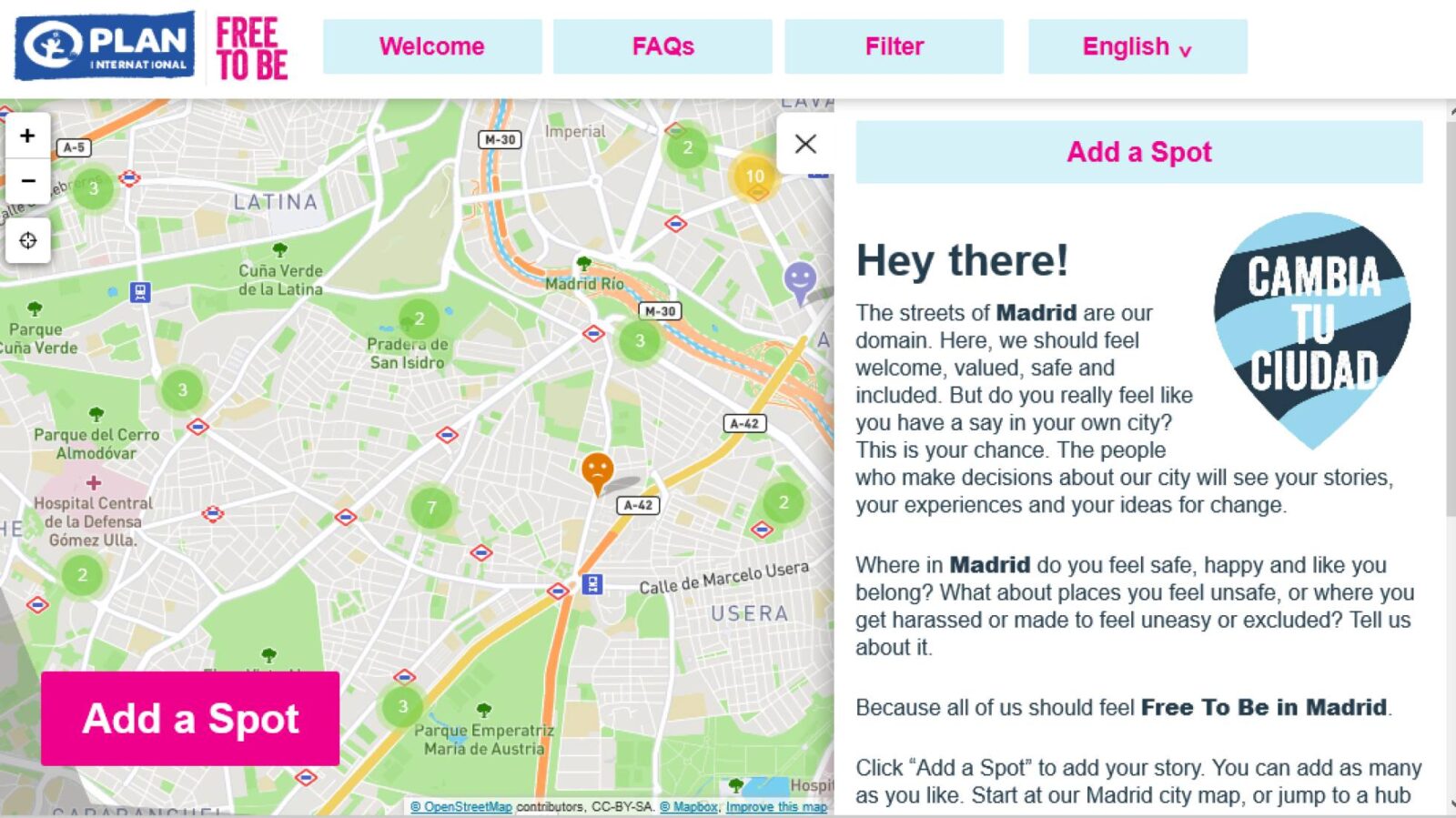 Online initiative enables female users to flag up places where they felt uncomfortable or threatened in a bid to make the city a safer place.

These are two of the more than 100 stories of harassment collected on a website called Free to be, where women aged 15 through 24 can use a map of the city to point out spots where they feel safe or unsafe, and share their stories.

The project was designed by the humanitarian organization Plan International in partnership with CrowdSpot and Monash University’s XYX Lab. Before coming to Madrid, it was rolled out in Delhi and Kampala (India), in Lima (Peru) and in Sydney (Australia).

Even though Madrid is considered to be one of the safest cities in the world, young women continue to endure lewd comments, intimidating looks and other forms of street harassment.

Around 10% of the Spanish capital’s more than three million residents are 14- to 25-year-old females, the social group most likely to suffer this form of abuse, according to National Statistics Institute (INE) figures.

There is no need to download an application to participate in the Madrid Free to Be project. Contributions are anonymous and users are asked to answer a set of questions regarding the nature of their experience, the time and exact location where it happened, what they did afterwards, and how they think that safety could be improved at that particular location.

Madrid is not the first city to adopt such a study. There was a similar experience in Delhi as part of the Safe Cities program run by Plan International in partnership with UN Women and UN Habitat, and also in Cairo, although in those cases women used a physical map that they dotted with thumbtacks. The Spanish initiative was launched a little over a week ago in digital format thanks to support from the map creation website CrowdSpot and Australia’s Monash University.

Organizers want young women themselves to be the ones to propose changes to their city that will make them feel safer in it. Starting in October, city authorities will get involved when the non-profit presents a report with the conclusions of the six-week study, said Emilia Sánchez, of the Spanish branch of Plan International.

For now, only spots located within the M-30 ring road may be flagged up, as requested by the Australian university in order to facilitate data analysis.