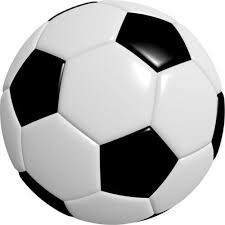 Ernesto Valverde has urged his Barcelona players not to ease up with La Liga history in sight.

Valverde’s side have already secured the title but are just three matches from going a whole league season unbeaten and becoming the first club to achieve the feat in a 38-game top-flight campaign.

Real Madrid and Athletic Bilbao recorded undefeated seasons in the 1930s but that was only over 18 matches, and Valverde wants his players to seize their place in the record books.

“We carry on with the intention of winning the games we have left and staying competitive,” he told a press conference ahead of Wednesday’s visit of Villarreal, live on Sky Sports Football.

“We are facing a team who are having a great season and they will be looking to book a place in Europe.

“We want our level of competitiveness to be a habit, it’s good to arrive at the end with everything solved but I want it to be an acquired habit.”

Valverde was asked about continued speculation linking him with Atletico Madrid forward Antoine Griezmann after the player reportedly held a meeting with his club president Enrique Cerezo.

But the Barca coach shrugged off the questions, saying: “I do not know what the relevance is that Griezmann and Cerezo have eaten together.

“He’s a great player, but I’m not going to talk about other players: firstly to value what we have, and secondly out of respect for another team, which is Atletico.”

Villarreal – unlike Real Madrid in Sunday’s Clasico – will give a guard of honour to the champions but coach Javi Calleja is determined not to make it easy for them thereafter.

“The challenge is huge, but the motivation is too,” he told reporters.

“It’s an historic year for Barca. It is practically unrepeatable not to have lost in the league.

“I expect a very motivated Barca. Surely they want to finish the league without defeat and they play at home and want to give their fans a treat.

“Despite the difficulty, we are confident of winning and playing a great game at the Nou Camp. We must keep the concentration for 90 minutes and not make mistakes.”

Villarreal have not beaten Barcelona since 2008 but a positive result would boost their European ambitions.

“We are sixth on our own merits. Now we are finishing very well and do not lack the edge to mathematically get the classification for Europe,” added Calleja.