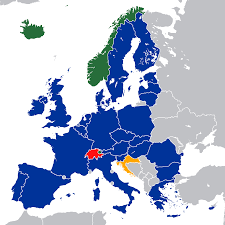 The House of Lords has backed calls for the UK to effectively remain in the EU’s single market after Brexit.

An amendment to the EU Withdrawal Bill obliging the UK to stay in the European Economic Area after it leaves the EU in 2019 was backed by 245 votes to 218.

This was despite neither the government nor the Labour leadership backing it.

Ministers warned that staying in the EEA would not give the UK “control of our borders or our laws” and the issue will now return to the Commons.

Pro-EU MPs said they were hopeful of getting the Commons support needed to prevent the changes being overturned.

But to do so they will have to defeat the two largest parties if Labour maintains its opposition to the amendment in the Commons.

Labour urged its peers to abstain in Tuesday’s vote on EEA membership – an arrangement which would see the UK retain full access to the EU’s internal market of 300 million consumers in return for making financial contributions and accepting most EU laws.

Under what is known as the “Norway model” – Norway is one of three countries outside the EU which is an existing EEA member – free movement laws would also apply, so EU citizens can move to all EEA countries to work and live.

Supporters of the “Norway-style” plan think keeping the maximum-possible access to the single market should be the top priority – but critics say it would mean the UK would still be subject to EU laws after Brexit, but with no say in how they are made.