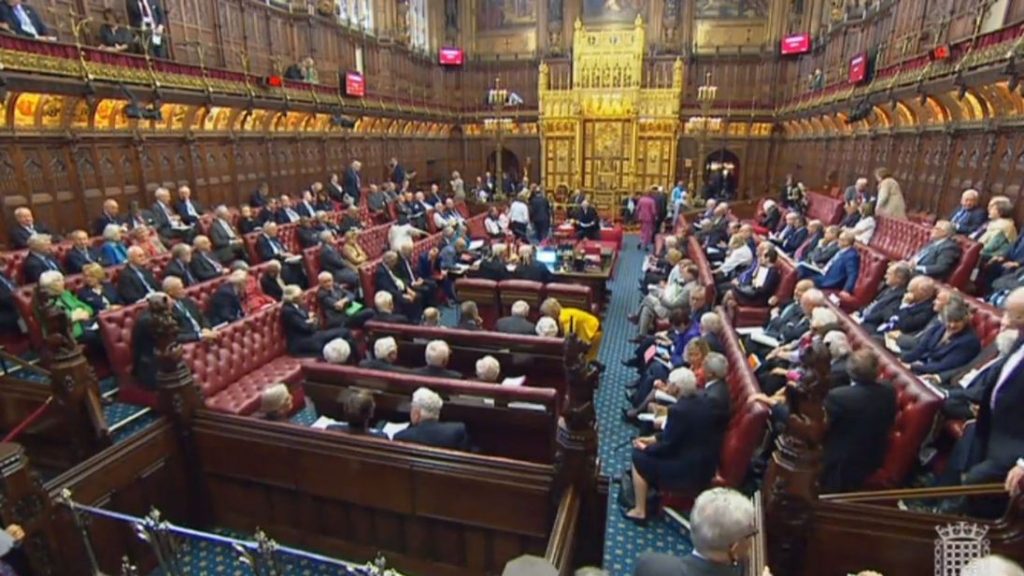 Peers back retaining key aspects of the EU’s single market – in defiance of both the Government and Opposition frontbenches.

The Government has suffered an unexpected Brexit defeat in the Lords, rounding off a series of reverses in the upper chamber.

Peers backed retaining key aspects of the EU’s single market through continued participation in the European Economic Area (EEA) by 245 votes to 218, a majority of 27.

It came in defiance of both the Government and Opposition frontbenches and followed earlier defeats on the Brexit date and participation in EU agencies.

The Government has suffered 14 defeats over its flagship EU Withdrawal Bill, with the latest reversals coming on the sixth and final day of the bill’s report stage in the upper chamber.

Labour’s official stance was to abstain on the EEA amendment, but 83 of its peers rebelled against the frontbench. A total of 17 Conservatives defied the Government by supporting the amendment.

The EEA allows for the free movement of people, goods, services and capital within the European single market – but critics say keeping such an arrangement would not deliver on the wishes of Brexit voters.

Brexit minister Lord Callanan made this argument in his response for the Government, warning peers that remaining in the EEA “would not deliver control of our borders or our laws”.

He said: “On borders it would mean that we would have to continue to accept all four freedoms of the single market, including freedom of movement.

“On laws it would mean the UK having to implement new EU legislation over which in future we will have little influence and, of course, we will have no vote.

“This will not deliver on the British people’s desire as expressed in the referendum to have more direct control over decisions that affect their daily lives.”

But Labour’s Lord Alli, who moved the successful amendment, said continued EEA membership was vital to ensure the future profitability of the UK’s export business.

He told the chamber: “It is the EEA that deals with services, services like retail, tourism, transport, communications, financial services and aerospace where we have a £14bn trade surplus in these services.

“The customs union only will benefit our European neighbours in their imports and without an EEA equivalent it will damage our profitable export business and therefore the jobs and livelihoods of many thousands of people.

“It’s for that reason that we need to ensure that any continuation of the customs union must include a continuation in the EEA or its equivalent.”

Lords earlier backed a cross-party amendment to the EU Withdrawal Bill – to remove the Brexit date of 29 March 2019 from the legislation – by 311 votes to 233, a majority of 78.

Another cross-party amendment – to allow Britain’s continued participation in EU agencies – was backed by 298 votes to 227, a majority of 71. It also aims to ensure future EU laws can be replicated in the UK once we leave.

A further defeat came when peers voted in favour of an amendment calling for increased scrutiny of secondary legislation made by ministers, backing it by 225 votes to 194, majority 31.

The attempt to delete the exit date was led by the Duke of Wellington, who said he was trying to help the Government and not “thwart the process”.

Lord Callanan said he saw “no reason” to vote for such a change.