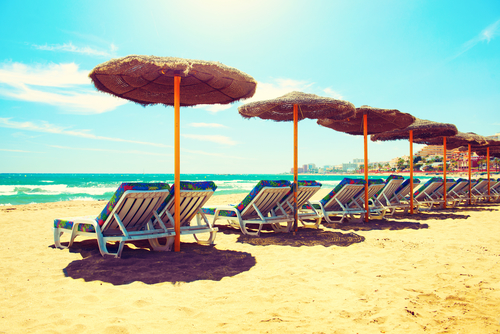 Spain safely holds onto its title in 2018 as the country with the most blue-flag beaches in the world.

Spain will be able to fly blue-flags at a total of 590 of its beaches this summer, once again leading the world in the number of quality bathing spots along its vast coastline.

Blue-flags are awarded to those beaches that meet demands on issues such as hygiene, sanitary conditions, safety, accessibility and the prevision of lifeguards.

Spain is once again the top country worldwide for blue-flags awarded by the Association for Environmental Education and the Consumer (ADEAC), a place it has held for three decades since the awards began in 1987, and was awarded 11 blue-flags more for its beaches than last year.

Spain also won blue flags for 101 its marinas and five for its cruise ship ports meaning the country will be able to fly a total of 696 blue-flags along its coast line.

The region of Valencia on the east coast of Spain boasts the most number of quality beaches in Spain with 132 winning the rating, (three more than 2017) while Galicia in Spain’s northwestern corner has 109, the Catalonia (northeastern Spain), 101 and Andalusia in the south, 97.

Even landlocked Madrid now has a blue-flagged beach as the Virgen de la Nueva beach on the San Juan reservoir near San Martín de Valdeiglesias was recognised.

Greece is second this year, followed by Turkey, France and Italy in that order, out of the world total of  4,423 blue flags in 45 countries.