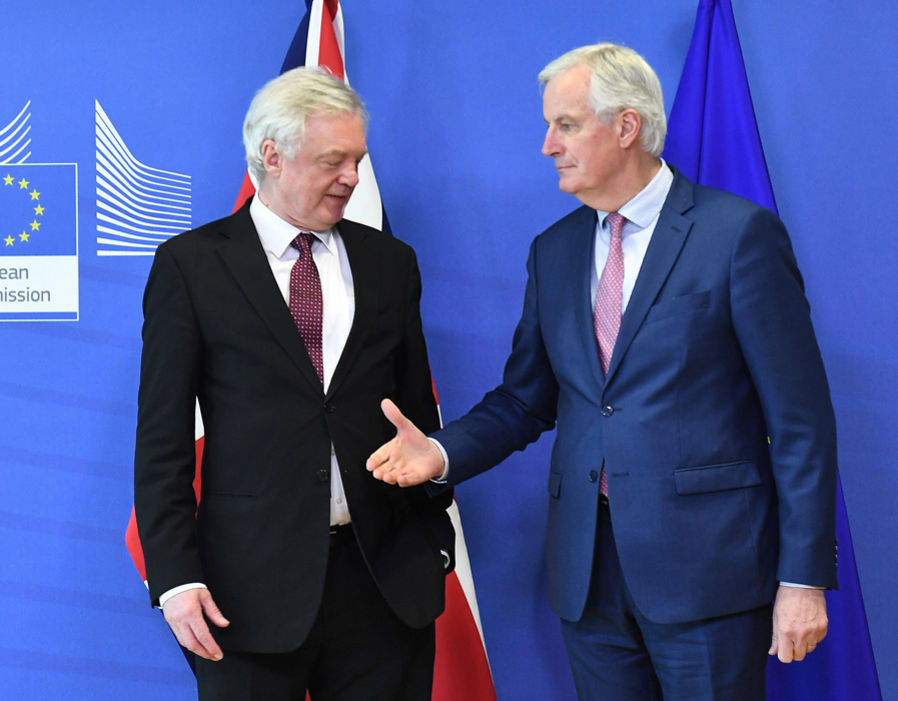 THE CHANCES of Brexit Britain walking away from the European Union without a deal are “inching up” every day, a professor has claimed.

Mr Johnson said following such a model would be “crazy” and would not allow Britain to fully take back control post-Brexit.

But there is no indication the European Union would accept the Government’s other future customs arrangement which relies on technology on the borders.

Professor Matthew Goodwin claimed the dispute the Government is currently having over the future customs arrangement with the EU is ramping up the chances of a Brexit ‘no deal’.

He said: “Hard-Brexit or the chances of a hard-Brexit, a no deal scenario I think its fair to say have been inching upwards.

“We have seen the British public zoom in on this issue beginning to think about it a little bit more.”

The professor claimed the UK Government only had a “matter of weeks” to decide on what future customs arrangement it wants with Brussels post-Brexit.

Mr Goodwin then took a dig at Jeremy Corbyn’s party, after 83 Labour peers voted against a party whip to back an amendment to the Withdrawal Bill who could keep the UK in the EEA post-Brexit.

He told RT UK: “Labour it should be said is split down the middle. You just referred to that House of Lords vote on the EEA membership that’s going to come back to the Commons soon.

“The Labour MP’s are already going to mobilise or try to mobilise a majority around joining the European Economic Area.

“That will go down like a lead balloon in pro-Leave Labour areas where voters thought they were getting reform of free movement.

“So there are tensions all over this Brexit cake from top to bottom. At the end of the day, it is impossible to satisfy everybody in this scenario.”

According to reports the Prime Minister has finally given in to her customs partnership plans.

MPs were briefed on Wednesday night that Mrs May is “taking max fac seriously” and that the idea was “firmly on the table”, according to The Sun.

Max fac – or the Maximum Facilitation proposal – will use technology to ensure that goods can be traded freely across borders.