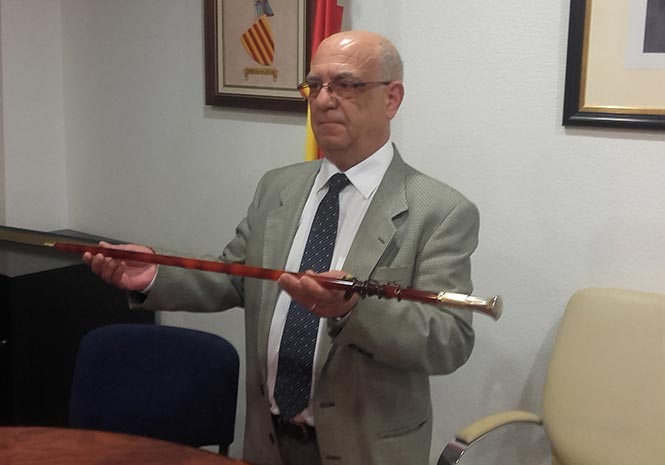 There was no white smoke billowing from a chimney atop of the San Fulgencio Town Hall to commemorate the event, but at 10.26 precisely on Wednesday a new mayor was elected in front of a full council chamber.

He is Manuel Gómez Rebagliato and, until the extraordinary plenary meeting convened for the election, the only official member of the Partido Popular (PP) party on the council.

Mayor Rebagliato takes over until the next municipal elections due in May 2019 from Carlos Ramirez who formally left the position two weeks ago to the day following months of legal and political wrangling.

The intricacies of Spanish local politics and the voting procedures virtually assured Rebagliato would get the job.

However, he received three votes (from himself, the new PP councillor who replaced Ramirez and UPyD Councillor Joel Lopez Noche) compared to two each for the PIPN and the PSOE candidates.

This meant that six of the 13 councillors didn’t vote for any candidate, and so in effect the new mayor only has the official support of two others.

The negotiations as to who will form the new government begin…

In his first statement as mayor, Rebagliato thanked those that had supported him and expressed his “pride and honour of being the Mayor of San Fulgencio.