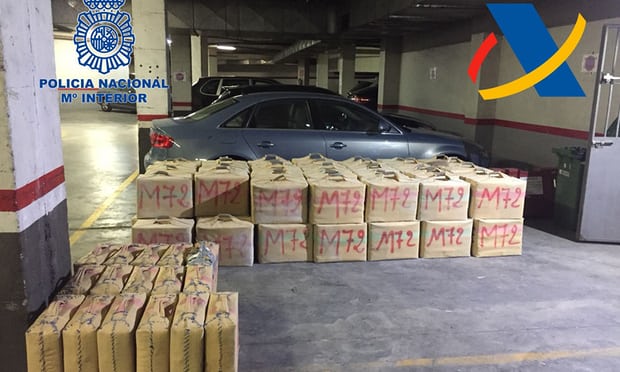 Spanish police have renewed their calls for reinforcements to tackle the escalating violence on the country’s southern coast after a nine-year-old boy was killed by a boat driven by a convicted drug smuggler and a group of Guardia Civil officers was attacked by a crowd armed with baseballs bats and broken bottles.

The boy died by a beach near the port of Algeciras on Monday afternoon after the boat he was in was hit by the other vessel. Police are treating the death as an accident. Witnesses have claimed the launch was being driven dangerously.

The victim is understood to be the son of another man with criminal convictions, raising fears of possible reprisals in an area that has experienced significant drug-related violence in recent years.

His death came two days after about 40 people attacked nine off-duty officers outside a restaurant in Algeciras, only dispersing when one of the agents drew his pistol and fired it into the air.

It is unclear whether the assault stemmed from an argument or was a deliberate attack on the officers tasked with fighting the drug trade around the Campo de Gibraltar.

Police have repeatedly come under attack in the area, which has high unemployment and is the gateway for traffickers smuggling hashish and cocaine into Spain on powerful speedboats.

In April last year, 100 people threw stones at police officers as they tried to intercept a consignment of hashish on a local beach. Three months ago, 20 masked men stormed the hospital in La Línea de la Concepción, next to Gibraltar, to free a suspected drug trafficker.

Carmen Velayos, secretary general of United Police union in Cádiz, said officers felt let down and wanted to know when they would get the reinforcements and resources they needed to fight the smugglers. “We’re asking for 300 national police officers and more guardia civil officers in the Campo de Gibraltar,” she said.

“We need more human resources when it comes to general investigation groups and, in particular, we need money-laundering experts because drug-trafficking goes hand-in-hand with money laundering.”

Velayos said the area was in a perpetual state of “tense calm” and that officers were doing their jobs despite feeling demoralised and vulnerable.

The Spanish Association of Civil Guards also called for more officers.: “This is a necessary reinforcement because we’re talking about the point through which drugs enter Europe – and with so few people, it’s impossible to contain the drug-traffickers who, as we see on a day-to-day basis, think they own the area,” it said.

A demonstration against the violence and what many locals see as a culture of impunity for narcos will be held in the main square in Algeciras on Thursday night.

“People are really pissed off,” said Franciso Mena, the chair of the Coordinadora Alternativas anti-drug association and one of the most prominent local anti-narco campaigners.

“Nothing can justify the death of a child who was fishing with his father. Nothing. If we want to win this war, we all have to be united. It’s not just the authorities: the people also have to show their complete rejection of drug smuggling and everything it brings with it.”

Spain’s interior minister, Juan Ignacio Zoido, insists the authorities have made progress in their battle against drug-traffickers in the area: last year, police seized 145,372kg of hashish in the region and 11,785kg of cocaine.

“The government has declared war on the drug-traffickers using all the means at its disposal and the results are clear: more people arrested and more drugs seized,” he tweeted on Monday. “They know that the Campo de Gibraltar, like the rest of Spain, doesn’t belong to them.”