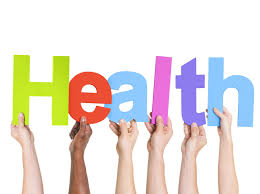 The acrimony sparked by Brexit risks making us all ill, with rates of alcoholism, obesity, depression and anxiety likely to increase, a leading health expert warns.

Professor Kam Bhui, who was awarded a CBE for services to mental healthcare last year, says the vote to leave the EU was, in part, an expression of a rise in right-wing extremism in the UK that is continuing to grow.

This is causing anxiety and depression not only among minority groups who are at the receiving end of racism and intolerance but also the extremists themselves, who are feeling increasing angry about their situation, said Prof Bhui.

Whole society affected But the health problems that a fragmenting society brings also affect those not directly impacted because the public at large feels less supported when their communities break down, he says.

“There is a link between Brexit and health and it’s worth thinking about. The more politically extreme we are the more problematic it is for people’s health – both mental and physical because they’re connected,” said Prof Bhui, who works at Queen Mary University of London and is also editor of British Journal of Psychiatry.

“Extremism is on the rise and people who experience racism and discrimination have higher levels of poor mental health, depression, anxiety, psychosis even. They have higher levels of abnormally high blood pressure, more physical health problems and like any stressful event it produces all sorts of changes in the body,” he said.

“There is a link between Brexit and health and it’s worth thinking about,” Kam Bhui Apart from being bad for our health this is extremely costly to society because it reduces economic productivity and increases NHS costs, Prof Bhui adds.

He laments the fact that the more extremism there is in a society, the harder it is for politicians to push through policies to increase social inclusion. Prof Bhui is also concerned that some politicians and leaders appear to condone extremist language and calls on them to be mindful of how their language can increase divisions in society – inflaming tensions by helping to legitimise intolerant views.

“They have a real health impact and I don’t think they’re aware of it,” Prof Bhui says. Prof Bhui’s arguments are backed up by a range of scientific studies that find links between factors such as depression and extremism, racism and stress and identify a rise far-right extremism in the UK.