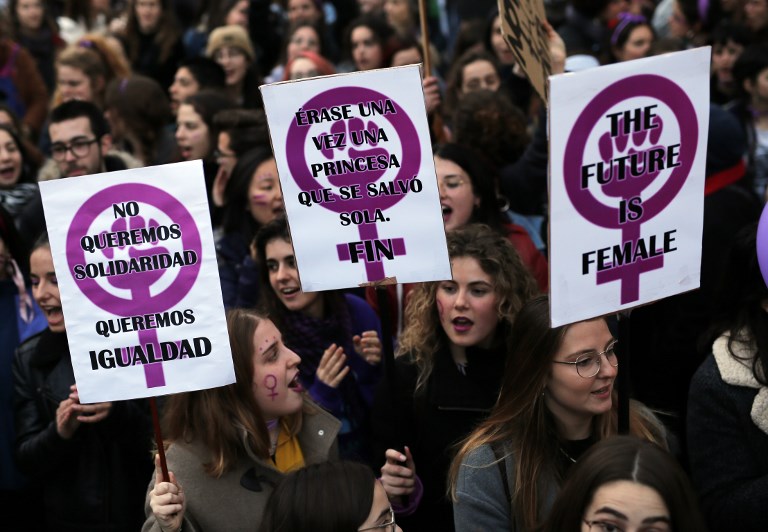 About 50 Spanish leading male academics announced Wednesday that they would no longer take part in panel discussions that do not include at least one woman, in a manifesto called “not without women”.

“The members of this list publicly pledge not to participate as speakers in any academic event or round table of more than two speakers where there is not at least one woman as an expert,” the manifesto read.

Among the signatories of the manifesto are analysts from many Spanish and foreign universities, the World Bank and the Bank of Spain.

More than 80 other experts have asked to be included on the list, according to the Twitter account of the manifesto, which is presented as a “collective initiative”.

The manifesto comes as Spain is experiencing a revival of the feminist movement, which is demanding more be done to ensure real equality between men and women.

Spanish women staged an unprecedented strike in defence of their rights on International Woman愀 Day in March and held massive street demonstrations that day in the whole country.