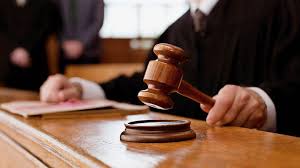 A WOMAN who took her son on holiday to Spain and never returned has been ordered to give him back to his father in the UK.

The court in Palencia (Castilla y León) said its verdict was not a custody resolution, but merely an order for the child, now five, to go back to living in the environment he is familiar with.

Both parents had moved to the UK from their native Palencia province in September 2016, where the father had found a job, when the little boy was three, and he was enrolled in a local primary school soon after.

But within less than a year, the couple was in the throes of a divorce.

The mother took the son to Palencia for a holiday on August 23, 2017 and, despite his being enrolled for the following year at the same school and both of them having a return flight ticket, they remain in Palencia to this day.

According to the mother, who put her son in a school in her town in central Spain, the boy had ‘not adapted’ to life in the UK, and he also had an ‘illness’ which was ‘being treated in Spain’.

Concerning the undisclosed health condition, the judge said the child was registered with the NHS in the UK since his arrival, and that in any case, his medical check-ups for the problem were only carried out once a year, meaning they could feasibly take place in Spain because ‘the distance between the two countries is not exactly excessive’.

Also, these annual check-ups had not posed a problem for the couple in the year the child had been living in Britain.

The court does not believe the child’s returning to live in the UK would put him at any ‘risk’ or ‘danger to his person or health’, since the father is of good character and has a secure job as a dentist.

Additionally, the mother’s ‘unilateral decision’ as for what was best for her son is likely to be damaging for him, the judges said, since his ‘familiar surroundings’ have been lost and the ‘continuity of his schooling’ has been broken, meaning he was at risk of losing the settled friendships and contacts he had made in his first year in education and of losing his English, which he already spoke without difficulty.

Finally, the judges in Palencia said they do not have the jurisdiction to overrule the British authorities, since they represented the child’s and the father’s country of residence.

After the boy and his mother failed to return from Palencia, the UK made the child a ward of court and consider his removal from the family environment to be ‘undue’ and ‘illegal’.