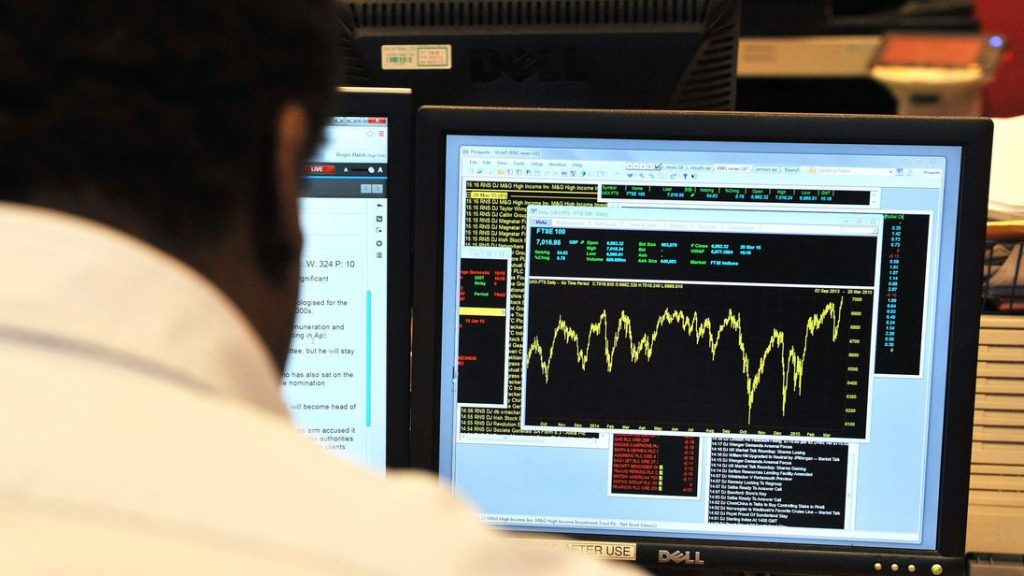 London’s premier index reaches a fresh closing high after a relief rally for shares on signs a damaging trade war will be avoided.

The FTSE 100 has surged to a new record high as investors welcome the announcement President Trump’s planned trade war with China is “on hold”.

London’s leading share index pushed through the 7,800-point barrier early in Monday trading before extending gains to finish 80 points, or 1%, up at 7859.2 – a fresh closing high.

Analysts said the main factor in driving stocks higher was the US decision to postpone $150bn of threatened tariffs on Chinese imports amid apparent progress in negotiations between Washington and Beijing.

Further evidence of progress in securing a new government in Italy, after months of talks, was cited too.

Meanwhile the pound was on the slide, dipping below $1.34 against the US dollar for the first time since December.

That was after a stronger dollar and newspaper speculation of a UK General Election in the autumn took its toll on sterling.

Weakness in the pound tends to boost share prices because it bolsters the value of the FTSE 100’s dollar-earning constituent companies.

The market had hit a previous new record closing high last Thursday – defying expectations of market experts earlier this year who predicted tougher times for the index amid a fog of Brexit uncertainty and a slowing economy.

The prospect of a damaging trade war was a major factor in the market sinking below the 7,000 point mark in March.

Naeem Aslam, chief market analyst at ThinkMarkets, warned other events beyond the trade dispute could dampen sentiment ahead.

He wrote: “Both sides have retracted from their threatening behaviour and the US has suspended $150bn worth of tariffs on Chinese imports.

“Let’s see if the US hopes about China buying a substantial amount of US goods become true.

“European markets are picking up the momentum where they left off last week. It is a green day across markets – at least for now.

“A new populist coalition government is the last thing that you want to see after the Brexit mess.”