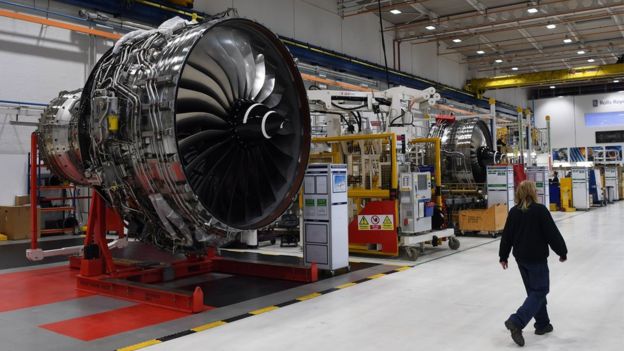 The Prime Minister made the strongest commitment yet to “fully associate” the UK with the EU’s £24bn research programme post-Brexit.

Theresa May said the UK would be willing to make “an appropriate contribution” and in return it would expect a “suitable level of influence”.

She also said that Britain would participate in R&D with the EU’s nuclear body Euratom.

The announcements have been welcomed by the UK scientists.

UK research is one of the greatest financial beneficiaries of membership of the EU. Between 2007 and 2013, Britain received £8bn from the EU for research – £3bn more than it put into the research budget.

As well as the money, membership of the so-called Framework programme enabled British scientists to participate in European research projects. But what is most important to UK researchers is the right to influence the areas of research that are funded.

Non-EU members are eligible to receive EU research funding but have no say in the development of research projects. There have therefore been concerns that Brexit would damage UK research.

Mrs May has said in her speech that she will discuss proposals with EU negotiators to enable UK scientists to continue influence the direction of EU research in return for additional payments.

“The United Kingdom would like the option to fully associate ourselves with the excellence-based European science and innovation programmes,” she said.

The key phrase in that statement is the word “appropriate”. It’s thought that the PM is saying is that under her proposed new terms the UK would not expect to get more money than it puts in as it does now.

The UK research community has pressed the government for just such an arrangement. The President of the Royal Society, Venki Ramakrishnan, gave Mrs May’s comments a cautious welcome.

“There will still be much to negotiate, but the UK should be involved in all aspects of the programme. The sooner our involvement can be confirmed, the sooner scientists across Europe can put politics to one side and get on with shaping the science that will improve lives,” he said.

“The research community will remains anxious about the potential damage Brexit could do to UK and International science until a deal is struck but today’s speech clearly shows that the UK Government understands what is at stake.”

Mrs May has also said that the UK would continue to participate in the R&D of the EU’s nuclear body Euratom. Last year, continued involvement had been ruled out because although Euratom is not part of the EU, membership requires being subject to the jurisdiction of the European Court of Justice – which the government has said that it is not willing to do.

It is unclear how the government will resolve this apparent contradiction, but it is notable that Mrs May singled out the R&D component of Euratom for participation, indicating that some form of partial membership might be possible.

Mrs May also indicated that she was aware of concerns that restrictions on EU immigration would damage UK research.

Our immigration system supports (international collaboration), with no cap on the number of the students who can come to our universities, and tens of thousands coming every year.

The UK will always be open to the brightest and the best researchers to come and make their valued contribution.

When we leave the European Union, I will ensure that does not change”.

But BBC News learned last week that record numbers of skilled engineers and IT specialists from outside were being denied visas to take up job offers from UK employers.

The senior deputy general secretary of the trade union Prospect, Sue Ferns, said that she would like to see how Mrs May would enable the easy movement of skilled engineers and scientists.

“How (does the government) intend to turn the Prime Minister’s warm words on the contribution of EU scientists to the UK into concrete reassurances for the short term and eventually into a migration system that continues to allow the free exchange of people and knowledge across the continent?”

“And on Euratom, if the government can accept that an association for R&D is advantageous to the UK, why do they continue to insist that such an association is legally impossible in other areas, for example nuclear safeguards?”