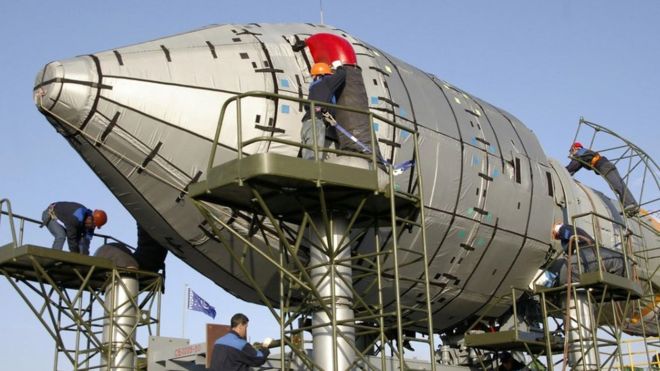 The UK must be ready to counter “intensifying threats” emerging in space, the defence secretary has said.

Those threats include the “jamming” of military satellites used by the Army.

Launching the UK’s first defence space strategy, Gavin Williamson said that he would boost staff in the sector by a fifth to 600.

He also confirmed that he is considering British participation in an alternative satellite-navigation system to the EU’s Galileo programme.

Mr Williamson said that with so much military and civilian technology reliant on satellites – which are potentially vulnerable to attacks – the UK needs to be at the forefront of space technology.

Such technology was “not just a crucial tool for our armed forces but vital to our way of life, whether that be access to our mobile phones, the internet or television,” he said.

“It is essential we protect our interests and assets from potential adversaries who seek to cause major disruption and do us harm.”

Part of the UK’s strategy will see RAF Air Command given a key role in the control of military space operations.

The defence secretary also said the government would review the UK’s contribution to the EU’s Galileo satellite programme as well as planning for an alternative system.

These comments come after the EU blocked the UK’s participation in the project citing security concerns.

The Financial Times reports that the European Commission has sent a letter to the UK government in which it warned that security elements of the project needed to be protected to avoid them being “irretrievably compromised” by being shared with the UK, which will be a “third party” after Brexit.

The Galileo project aims to be a European version of the US’s GPS system – promising real-time positioning down to a metre or less.

The UK has spent 1.4 billion euros on the project and Business Secretary Greg Clark is said to be taking legal advice on whether the money can be reclaimed.