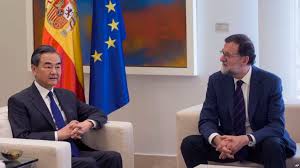 Human rights experts from the United Nations called on Spain on Friday to halt extraditions of Chinese and Taiwanese nationals to China because of concerns they would be exposed to the risk of torture, ill treatment or the death penalty.

They cited the Dec. 2016 arrest of 269 suspects, including 219 Taiwanese, over their alleged involvement in telecom scams to defraud Chinese citizens in a police swoop dubbed Operation Wall.

Two Taiwanese individuals were reported to have been extradited to China on Thursday and the UN experts said they feared others would also be deported soon.

“We are dismayed by the decision by the Spanish courts to extradite these individuals. The ruling clearly contravenes Spain’s international commitment to refrain from expelling, returning or extraditing people to any state where there are well-founded reasons to believe that they might be in danger of being subjected to torture,” the experts said.

The experts also said some of those detained may be victims of human trafficking after they stated they had been brought to Spain under the promise they would work as tourist guides.

The Chinese Foreign Ministry thanked Spain for “handling Taiwan matters on the basis of the ‘One China’ principle”.

“We are also very happy that the two countries of China and Spain have achieved increasingly fruitful results in cracking down on crime and in joint law enforcement as political trust continuously deepens and pragmatic cooperation advances in a variety of areas,” the ministry said at a briefing on Friday.

The Spanish government did not immediately respond to a request for comment.