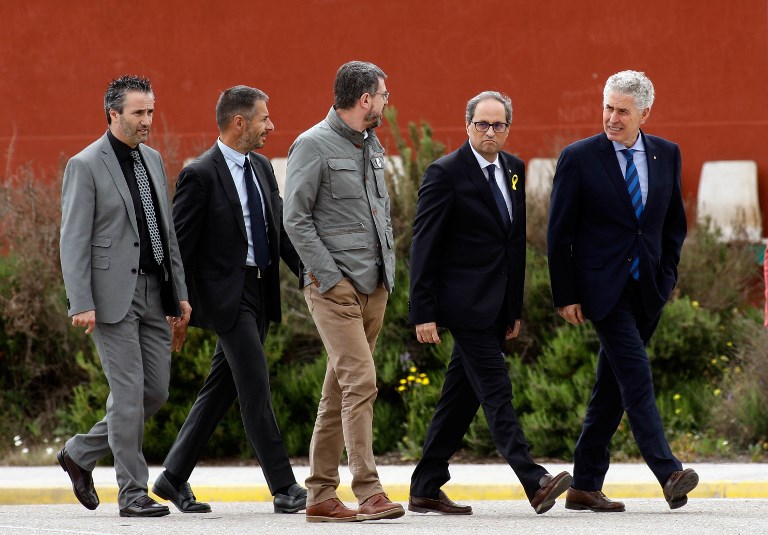 Spain’s prime minister on Monday urged Catalonia to form a “viable” government after rejecting the region’s new administration which includes jailed and exiled former ministers who backed its independence push.

“Laws are the rules of the game,” he added in his first public comments since Catalonia’s new president Quim Torra on Saturday named 13 “advisors” to his government.

Rajoy was speaking as Torra was visiting former Catalan ministers at the Estremera jail near Madrid, including Jordi Turull and Josep Rull who he had put on his team.

“In no European Union nation would these prisoners be in preventative detention for the crimes they are accused of,” Torra told reporters as he left the jail.

Torra was chosen by ousted president Carles Puigdemont who is in Germany facing extradition to Spain over his role in Catalonia’s separatist push.

In addition to appointing Turull and Rull, Torra also nominated Toni Comin and Lluis Puig who are in exile in Belgium.

The Spanish government criticised Torra’s choices as a “new provocation” given that “some of them are on the run from justice or in detention”.

If Madrid does not ratify Torra’s  administration, the new regional Catalan government cannot assume office and thereby end the central government’s direct rule of the region.

Rajoy invoked the never before used article 155 of the constitution in October to sack Catalonia’s government and impose direct rule after the Catalan parliament declared independence.

A powerful grassroots separatist group, the Catalan National Assembly, has called for protests later Monday in cities across Catalonia against the continued application of article 155.