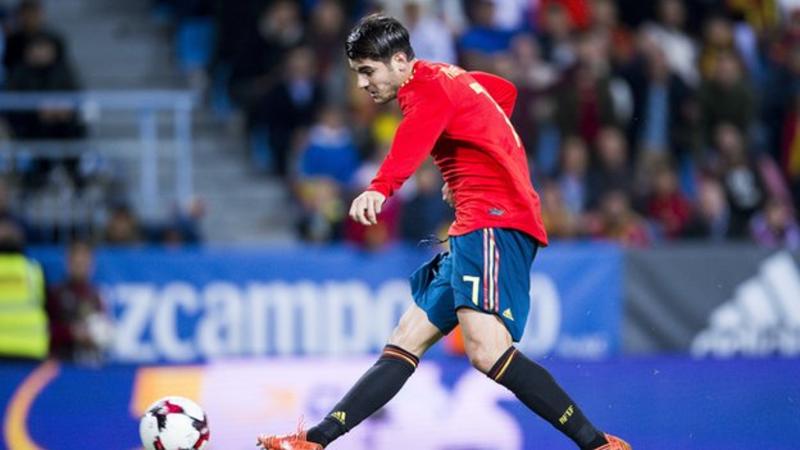 The 25-year-old scored 11 goals in his debut season at Stamford Bridge and was a last-minute substitute in Saturday’s FA Cup final win.

“Including four players up front was not something we wanted to do,” said manager Lopetegui.

“We have opted for three other players who had different assets.”

Spain begin their campaign against Portugal on 15 June in Sochi.

Former Real Madrid striker Morata last played for the 2010 world champions in November 2017 when he scored once in a 5-0 win over Costa Rica.

Despite his omission from the squad, the striker has taken to Twitter to wish his countrymen “lots of luck” in the tournament.

There is room, however, for Morata’s predecessor at Chelsea, with Diego Costa named among the strikers travelling to Russia.

Real Madrid and Barcelona supply 10 players between them, with veteran Barca midfielder Andres Iniesta included following his final appearance for the Catalan giants on Sunday.