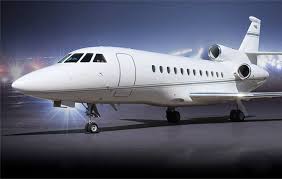 Foreign Secretary Boris Johnson has said he “probably needs” a plane to help him travel the world and promote the UK’s interests.

Cabinet members can use the RAF Voyager for official business but Mr Johnson said it “never seems to be available”.

Asked by reporters if he would like a “Brexit plane”, Mr Johnson said he would – if costs were not “exorbitant”.

On his outbound flight from London, Mr Johnson travelled to Spain before catching a connecting flight to Peru. The stop-over added five hours to the journey time.

“The taxpayers won’t want us to have some luxurious new plane, but I certainly think it’s striking that we don’t seem to have access to such a thing at the moment,” said the foreign secretary.

He added: “If there’s a way of doing it that is not exorbitantly expensive then yes I think we probably do need something.”

Mr Johnson also questioned the drab colour of the Voyager, saying: “Also, why does it have to be grey?”

The Voyager has been available for both cabinet members and the Royal Family since undergoing a £10m refit in 2016.

To keep costs down, the aircraft also conducts air-to-air refuelling missions for the RAF.

Mr Johnson said the plane’s multiple users mean it is difficult for senior ministers to book.

“What I will say about the Voyager, I think it’s great, but it seems to be very difficult to get hold of,” he said.

The Queen is understood to have priority use of the plane, followed by Prince Charles. The prime minister is then third in line, before other government ministers.

Other jets are available – one of which Mr Johnson used to fly to Russia in November – but the foreign secretary complained those planes had not been upgraded in almost 40 years.

Tony Blair had plans for a prime ministerial jet – labelled “Blair Force One” – but the project was abandoned as a cost-saving measure by his successor Gordon Brown.

Responding to Mr Johnson’s comments, the prime minister’s official spokesman said: “There are flights available for ministers when they need them.

“The Voyager has been used on occasions when ministers have been carrying out business on behalf of the prime minister.”