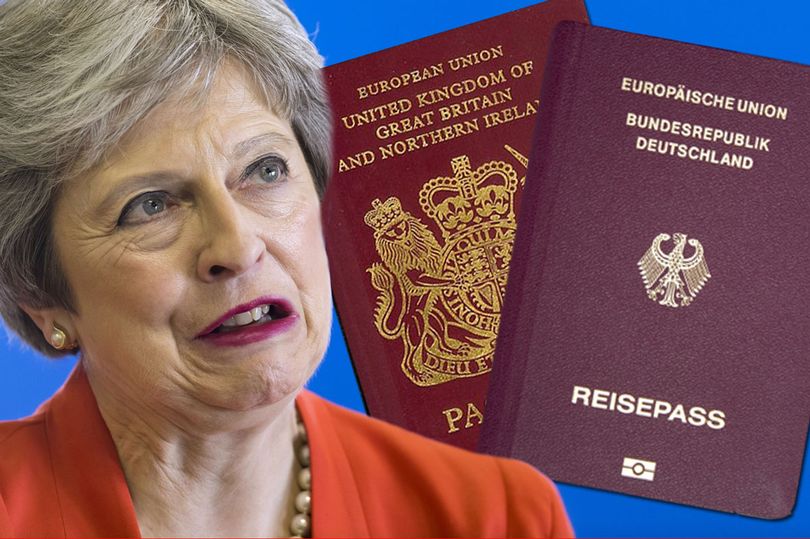 The number of Brits obtaining German passports has exploded in what officials are calling an “obvious” link to Brexit .

A spokesman for Germany’s Federal Statistics Office told Reuters: “A link to Brexit is obvious”.

The total for the two years, around 10,400, is more than double the number of Britons who became Germans in the 15 years from 2000.

British people usually need to have lived in Germany for eight years to qualify for citizenship.

Applications take more than six months to process and Britons can take up dual citizenship while the UK is still an EU member.

There is still uncertainty over what rights British people will have to live and work in the EU after Brexit.

Britain and Brussels have agreed EU nationals can continue arriving in the UK, and vice versa, until December 2020.

After that, Brexit Secretary David Davis has hinted EU citizens could carry on being given preferential treatment to live and work in the UK.

That suggests British citizens could also be offered a preferential deal.

But there are big question marks over whether UK citizens heading abroad will retain rights to move around the EU, or be stuck in the country where they’ve settled.

Last month the EU revealed 6,555 UK nationals gained citizenship of one of its 27 member states in 2016.

That was more than double any previously recorded figure, but has now been dwarfed by the 2017 figure for Germany alone.

Yet the 2016 figures were still dwarfed by the number of people from the other 27 EU countries gaining citizenship in the UK.

Lib Dem MP Layla Moran, of the anti-Brexit Best For Britain group, said: “We are seeing a Brexidous… People have done this to give themselves some security.

“The government dragged their feet over EU citizens’ rights and this is the real life manifestation of their tactics. The government should be incredibly embarrassed today.”