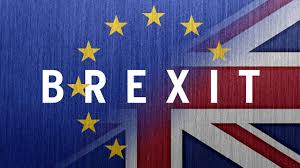 Rogers, the former chief Brussels adviser to both David Cameron and Theresa May, took aim at the prime minister’s Brexit strategy in a speech on Wednesday, but also criticised the plans of both hardline remainers and leavers, calling them “bluntly, delusional”.

In a thinly veiled attack on Boris Johnson, the foreign secretary, and Liam Fox, the international trade secretary, Rogers said he despaired of “people professing themselves free traders who have only a hazy understanding about multilateral, regional and bilateral free trade deals, have never negotiated one – but know it’s straightforward, once one has left the EU.”

Rogers hinted there may still be a permanent deal to be done where the UK would drop some of its red lines in exchange for “quasi-single market membership, paying something for it, living under [European court of justice] jurisprudence and jurisdiction in goods, but disapplying the fourth fundamental freedom, free movement of people.”