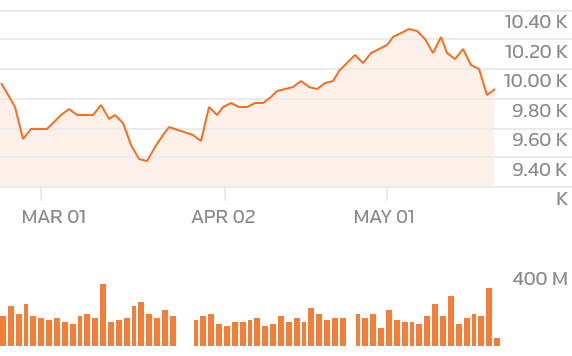 Borrowing costs in southern Europe shot up on Friday and stock markets in Milan and Madrid fell as threatened no-confidence motions against Spain’s prime minister exacerbated a sell-off provoked by growing political risk in Italy.

The opposition Socialists presented one no-confidence motion in Prime Minister Mariano Rajoy to the Spanish parliament while his former allies, Ciudadanos, issued him with an ultimatum: call an election or face their own, second such motion..

The moves over a graft case involving members of Rajoy’s People’s Party prompted heavy selling of Spanish bonds in one of the biggest weekly moves on the euro zone government debt market in years. This, and a sharp drop in Spanish stocks, contributed to further falls in the euro on currency markets.

It also gave investors an incentive to get out of Italian assets, which have already been rattled by the prospect of a spendthrift coalition government in Rome comprising the anti-establishment 5-Star Movement and far-right League.

Italy’s 2-year bond yield climbed more than 30 basis points to its highest level in over four years at 0.67 percent IT2YT-RR. It was up 19 bps in late trade, marking its biggest daily jump since 2014 and biggest weekly rise in five years.

A little over a week ago it was trading below zero percent.

“It’s the same theme in Spain and Italy but different stories,” said Investec chief economist Philip Shaw. “While in Italy you have the prospects of a highly confrontational government, in Spain – even if we get fresh elections – the mix of parties likely to make up a new government would likely be the same as the present one.”

The closely-watched Italy-Germany 10-year spread, seen by many investors as a proxy for sentiment towards the euro zone, was at its widest in four years at 215 bps.

German bonds, viewed as one of the safest assets in the world, benefited from the turmoil, with 10-year Bund yields set for their biggest weekly fall since the euro zone debt crisis year of 2012, down 18 bps DE10YT=RR.

Britain’s 10-year gilt yield GB10YT=RR was on track for its biggest weekly fall since just after the 2016 Brexit vote. Demand for U.S. Treasuries was also lifted by the sell-off in southern European markets.

The sell-off in Italian and Spanish stocks deepened, with Italy’s FTSE MIB benchmark .FTMIB down 1.5 percent. Spain’s IBEX was on course for its worst day since global market turmoil in early February.

Bank stocks were the worst hit with the euro zone banks index .SX7E down 1.9 percent and also set for its biggest fall since early February. Nearly twice the average daily volume was traded in Spain’s Caixabank (CABK.MC) and Santander (SAN.MC) as well as in Italy’s Banco BPM (BAMI.MI) and Intesa Sanpaolo (ISP.MI). “The underlying basics (for Spain’s economy) long-term are strong,” said a Madrid-based executive at an investment advisory firm who asked not be named. “The country is growing but uncertainty is never good for any type of outlook and that’s going to impact the stock market.”

Spanish 10-year government bond yields rose 9 basis points to 1.52 percent, pushing the gap over German Bund yields to 112 bps – its widest since early January. It has blown out 16 bps this week, the biggest spread widening in almost two years.

Pierre Bose, head of European strategy at Credit Suisse, said that until now investors had little Spanish political risk to worry about, apart the row between Madrid and Barcelona over an illegal Catalan independence referendum last year.

“Up until now, if you put Catalonia to one side, it was a relatively benign environment,” he said, adding that he remained positive on Spanish equities. “This increases the level of noise, but does it change the earnings pattern at this point? Not really.”

The cost of insuring exposure to Spanish debt in the five-year credit default swaps market rose to its highest since the end of October at 65 bps, according to IHS Markit. But Italian CDS traded at 166 basis points, the highest in nearly a year.